ANN/THE STAR – Some of you will be travelling abroad for a much-needed getaway over the new year or Chinese new year periods.

Malaysia will also be seeing an influx of tourists from all over the world during this time.

What a refreshing change from the restrictions of the last two years.

Mind you, COVID-19 is not gone yet, and everyone still needs to guard against it.

However, there is another looming respiratory illness that could ruin your holidays, not to mention your health as well.

It is none other than influenza.

Also known as the flu, this infectious disease is not something to sneeze at (pardon the pun). 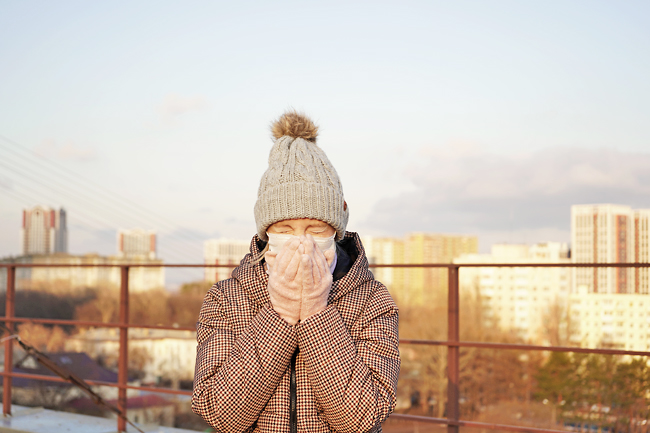 This is especially if you are aged 65 or older, and more so if you have diabetes, kidney disease and/or other chronic health conditions.

The flu can cause acute respiratory distress, pneumonia, as well as a host of other serious complications.

It can also increase the risk of a heart attack by more than 10 times in the first week of catching the flu.

The risk of a stroke may also double or triple during the first two weeks of an infection.

And let’s not forget that heart attack, pneumonia and stroke were ranked as the second, third and fourth leading causes of death (after COVID-19) in Malaysia last year (2022).

OUTBREAK IN THE NORTH

In light of this, consultant paediatrician and paediatric cardiologist Professor Datuk Dr Zulkifli Ismail advised caution if you are planning to visit the northern hemisphere where flu cases are surging at this time.

The Immunise4Life Technical Committee chairman explained: “While the flu circulates all year round in Malaysia, temperate countries tend to have their flu season in the winter months – December to March in the northern hemisphere, and June to August in the south.

“This year, however, flu season started early in the northern hemisphere.

“Cases have been increasing dramatically since October and have already overtaken the number of cases reported this time last year.

“The rise is expected to continue and we can expect a rough flu season in most northern destinations that are popular with Malaysian vacationers.”

Immunise4Life is an initiative to promote life course vaccination by the Health Ministry, Malaysian Paediatric Association and the Malaysian Society of Infectious Diseases and Chemotherapy.

As of December 2 (2022), the US Centers for Disease Control and Prevention (CDC) estimated 8.7 million Americans had been infected, 78,000 hospitalised, and 4,500 dead from flu-related causes.

It has been called the country’s “worst flu outbreak in a decade” by media outlets.

Meanwhile, the French Public Health Agency has declared a flu epidemic in three areas in France, while identifying another five – including Paris and its surrounding areas – to be in a pre-epidemic phase.

In its first winter update last year, the United Kingdom (UK) National Health Service (NHS) reported an average of 344 flu patients in hospital per day in a single week – 10 times more than the number seen at the beginning of December 2021.

Over in the East Asia, the health authorities of South Korea, Taiwan and Japan are also expressing concern over the steadily increasing number of flu cases, amid mounting fears of a possible twindemic – the concurrent spread of flu and COVID-19.

Consultant infectious diseases physician Datuk Dr Christopher Lee feels that travellers would do well to understand how flu viruses get around.

“Before long, you hastily make your way into a cosy café, joining other patrons warming up over steaming mugs of hot chocolate.

“It all sounds wonderful, except that you are more likely to catch the flu indoors during winter.

“By coughing, sneezing or speaking, infected persons can send flu viruses circulating inside the crowded and poorly-ventilated environment.

“You might also pick up flu viruses that have settled onto the tabletops, door handles and other surfaces.

“Depending on your proximity to the source and duration of exposure, you might end up with a full-blown bout of the flu, and waste your precious holiday time in bed or in hospital.”

He added: “Now, let’s say you managed to evade the flu throughout the trip.

“Don’t be too quick to think you are flying home flu-free.

“On board the plane, you have an 80 per cent chance of getting the flu if there is an infected person – who may or may not have symptoms – sitting one row in front or behind you, within two seats to either side.

“However, it would be impractical to disinfect everything you will touch when you land, such as your luggage bag, trolley, the toilet flush, car door handle and so on.”

“Masking, although no longer promoted in most countries, may help reduce the chances of catching the flu.

“It is, however, less effective when those around you are not masked. The additional protection conferred by the annual flu vaccination is therefore recommended to prevent the disease.

“When injected, the vaccine introduces inactivated flu viruses into the body.

“These have been killed and are unable to cause disease.

“However, they stimulate your body to produce antibodies that will spring to your defence if you happen to be exposed to the flu.

“Allow two weeks to reach the desired level of immunity before flying off.”

Flu vaccination is also associated with a 34 per cent lower risk of major adverse cardiovascular events.

There was also an 18 per cent reduced risk of death reported in patients with heart failure.

In people with type 2 diabetes, flu vaccination has been associated with a reduced risk of heart failure by 22 per cent, stroke by 30 per cent, heart attack by 19 per cent and pneumonia by 15 per cent.

Noting that flu viruses mutate constantly, Dr Lee added that currently available flu vaccines have been updated to effectively fight virus sub-types that are circulating in the northern hemisphere at this time.

He said: “This will help reduce your risk of contracting the disease.

“The flu vaccination is not only recommended for those travelling abroad, but also for everyone in general, especially high-risk groups, as the importation of flu cases through air travel can result in the spread of flu within the community.

“So, if you have not been vaccinated against the flu, now is a good time to get it done.

“The annual flu vaccination is your passport to healthy holidays – don’t leave home without it.”