For years, one United States (US) librarian has made a collection of the flotsam she found between the pages of borrowed titles.

Now Sharon McKellar is opening her trove for visitors to the library in Oakland, California, in a special exhibition called ‘Found in a Library Book’.

“I wanted to share something that was really interesting to me that I had a feeling would be interesting to other people,” said supervising librarian for teen services at Oakland Public Library McKellar.

It “tells a story of our community and our city in a different and sort of unexpected way and ties back to the library”.

Among the make-and-make-do bookmarks of children’s art and Christmas snapshots, there are letters written but never sent, notes from lovers, and postcards of thanks – “I got your check,” it says on the back of an illustration from Alice in Wonderland. 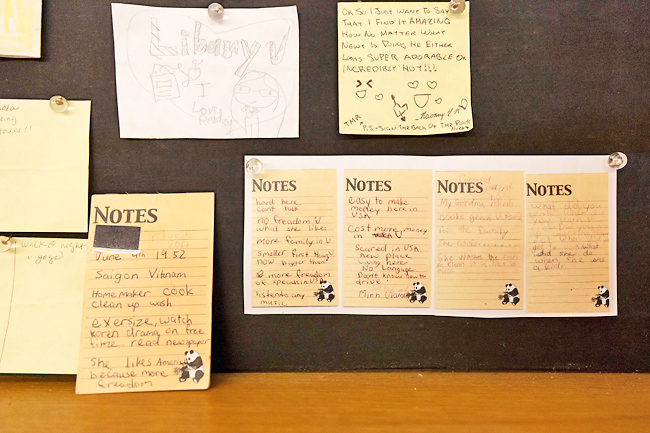 Each of them offers a snapshot – tantalising or mundane – of the life of the person who left it there.

“There are some that are letters or cards or postcards that were sent between people – or maybe not actually sent – that feel really personal,” McKellar told AFP.

“There are some notes and letters that feel very unfinished. Or I really want to know what happened next.”

McKellar began collecting the apocrypha around 10 years ago and has blogged about her hobby for several years, but the chance to curate an exhibition came when the library launched a new website.

This allowed her to group the ephemera by theme or category – including notes, art, photos, cards and letters, artefacts, bookmarks, creative writing, lists, and kids’ items.

Some entries overlap and fit into two or more boxes, like an interview that a child carried out with their grandmother about how and why she immigrated from Vietnam decades earlier.

Others defy easy categorisation – a print of a 2008 recipe for pot roast has the admonition “Behave” in the large blank space before the ingredient list begins.

Some letters are meditative, like that thanking its anonymous recipient for “all that you do,” but acknowledging “We do have a tendency to argue. I’m working on stopping that.”

The glimpses of lives lived and preserved in between the pages of a book are special to McKellar.

“There are… some that really sound like somebody’s… inner thoughts, like, you know, (they’re) trying to talk themselves through a really hard time or trying to give themselves a pep talk,” she said.

“There’s obviously no way of knowing who wrote them, which is probably for the best.”

One part of the display collates the jury-rigged bookmarks readers insert when they find themselves without any other way to mark their place.

Among them a flier for a Beatles memorabilia shop in London, concert tickets, a sticker from the Euro 2012 football championships, phone cards, a receipt for new windshield wipers and that favourite standby of the travelling reader – the airplane boarding pass.

But the note that McKellar particularly loves is one presumably penned by an infatuated teenager.

“OK, so I just want to say that I find it AMAZING how, no matter what Newt is doing, he either looks SUPER ADORABLE or INCREDIBLY HOT!!!”