THE WASHINGTON POST – Ubisoft’s Tom Clancy’s Ghost Recon Breakpoint flew under a lot of people’s radars this past fall, and for good reason. In a year filled with public disasters, Breakpoint distinguished itself as the worst game of the year.

Breakpoint is an alarmingly apt name: The game was filled with game mechanics that players despise, from predatory microtransactions, a yawn-inducing open-world design, always-online requirements and loot grinds. The result was predictable.

In an October earnings call, Ubisoft President Yves Guillemot said it better than any reviewer could: The latest Tom Clancy-licenced game “did not come in with enough differentiation factors, which prevented the game’s intrinsic qualities from standing out.” The game performed so poorly that the mega-publisher rearranged its schedule for the next two years.

Far Cry 3, published by Ubisoft in 2012, was almost listed as one of The Washington Post’s most influential games of the decade. It was responsible for what some critics call the “Ubification” of open-world games: an overreliance on discovery points to open up more of the world, with meaningless, rote interactions sprinkled throughout. Ubisoft’s first Assassin’s Creed franchise laid the foundation, but Far Cry 3 perfected it.

Since then, nearly every marquee Ubisoft game has adopted this formula. For years it worked, mostly because the underlying games were good.

To interpret Guillemot’s words, they had “intrinsic qualities” that stood out. But eventually, the games became more of a grind. The Ghost Recon and Division series implemented a loot structure similar to Destiny and Diablo. Players played along, mostly because the games were, at their core, fun. Even games that aren’t remotely like Far Cry, like the Assassin’s Creed series, came to use the same system.

Breakpoint also incorporated these aspects, even though they detracted from the game. Players who wanted a follow-up to Wildlands instead got a game like Destiny or The Division. As in those titles, in Breakpoint you’re encouraged to “level up” and find rare guns to increase your power level. This mechanic is already becoming tiresome throughout gaming as developers rely on increasing enemy health, rather than AI, to provide challenges to these more powerful guns.

Ghost Recon games have historically been more tactical, realistic shooters. In Breakpoint, you are a Special Forces soldier dropped onto a fictional island owned by an evil technocrat. Translation: The game needed enemies with high-tech armor and drones to provide a challenge to more powerful weapons. It felt like a story created solely to justify the newly introduced, and unwanted, level-up-your-loot dynamic. Breakpoint tried to fuse science fiction aesthetics with what made Ghost Recon famous, and utterly failed. Then it compounded that failure.

Breakpoint also featured pay-to-win mechanics, asking players to buy their way to stronger weapons. Microtransactions are never meaningful. Developers must give them meaning by slowing the game’s progress to a halt, similar to what EA did with Star Wars Battlefront II, a game that eventually removed microtransactions and reconfigured them into a passable progression system. Breakpoint failed in both regards. It failed as a means to squeeze money out of its players, and it failed as a game that provided an enjoyable grind, a la Destiny 2. How? By undercutting the entire need for more powerful weapons.

Right from Breakpoint’s launch day, Ubisoft rendered its loot grind pointless. Every enemy dies in a single head shot, negating the need for stronger guns. The stronger weapons were necessary only during drone fights, when the robots became bullet sponges and required guns with higher damage abilities. The result? No fun for the game’s players and no money for its publisher.

Ubisoft has been relentless in offering “time saver” microtransactions, allowing players to skip whatever arbitrary grind is in their way by spending real money. But, as other reviewers have pointed out, if a game is asking players for real money to “save time” playing it, maybe developers should focus more on making the grind fun to play.

The Silicon Valley-inspired bases on the island, meant to present emergent play between missions, were also created with a cut-and-paste philosophy of replicating rather than innovating, offering few unique areas. The artificial intelligence was phenomenally stupid, with enemies walking or standing in place. It’s sad when the first Half Life game, now 21 years old, is still light years ahead of a modern title when it comes to enemy engagements. But that’s the case with Breakpoint. Stay on this island of morons long enough, and you start to feel yourself become dumber.

It didn’t help that the game was released in a buggy, unfinished state. It often kicked players offline, underscoring a gamer’s biggest fear about “live service” games.

It discouraged early adopters and Tom Clancy true believers (like myself) from playing again.

Breakpoint’s immediate predecessor, Wildlands, didn’t sell all that well, either. Still, Wildlands grew in popularity over time because it was a decent, open-world romp with a few fairly realistic mechanics. The game, at least, was well balanced for all kinds of play.

There isn’t much more to say, in part because Breakpoint was so unremarkable. Ubisoft’s own admission of its failure gave Breakpoint its biggest headlines of the year. Bioware’s Anthem, published by EA, was probably 2019′s most notable critical failure, and its own trials and controversies have been well documented. It also featured a loot grind accidentally rendered pointless by its developers. But its core gameplay of fighting and shooting remained fun. It offered at least one good thing, as little as that was.

Being a gaming reporter and playing video games for a living sounds like a fun job. Breakpoint was the first game, just two weeks into the job, that felt like a chore. Breakpoint is 2019′s worst game, the sum of all gaming’s worst habits in a single title. 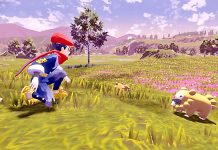