CNA – If there’s one thing that probably won’t change in the new year during these pandemic times, it’s our desire for healthier practices such as getting more sleep or devoting more time to self-care.

Topping many people’s lists is something we’ve been trying to do a lot these past couple of years: Strengthening our immune system against COVID-19.

And most recently, against a globally growing phenomenon: Flurona, when you get infected with both the influenza virus and COVID-19 coronavirus, either simultaneously or back to back.

But first, what is the immune system about? The body’s natural defence doesn’t just consist of one organ that does all the work, according to an infectious diseases physician at Rophi Clinic, Mount Elizabeth Novena Hospital Dr Leong Hoe Nam. It is, in fact, a complex network consisting of white blood cells, antibodies, spleen, bone marrow and thymus, he said.

Then, there are the complement system (which consists of proteins that enhance the attacking action of antibodies) and the lymphatic system (it traps microbes, reacts to bacteria and deals with cells that would otherwise result in disease), said the nutrition team lead at HealthifyMe Melanie Anthonysamy.

She added that there are other lines of defence as well. These include the lungs (they produce mucus to trap foreign particles), digestive tract (the mucus lining contains antibodies, while the stomach acid can kill most microbes), skin (it’s a waterproof barrier that also secretes oil with bacteria-killing properties) and other bodily fluids (saliva, tears and urine). 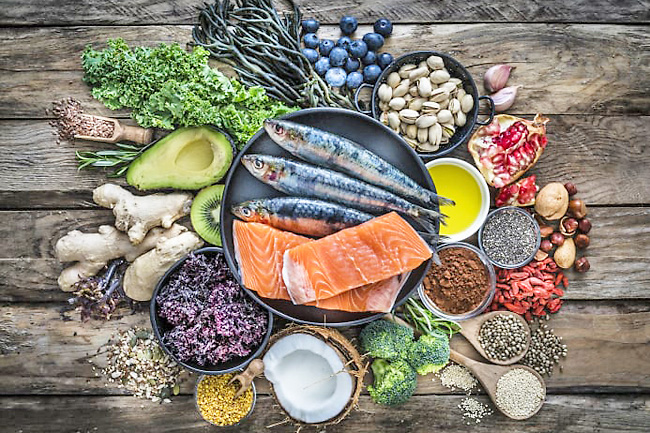 All in all, the above mentioned makes up what is known as your innate immunity or “what you are born with and is written in your genes”, said Dr Leong.

There is another layer of protection, one that many Singaporeans are familiar with by now: Adaptive immunity that comes from a previous illness or through immunisation.

“This is where the system learns and develops a ‘memory’,” said Dr Leong. “Our immune system remembers every germ or microbe it has ever defeated in case it faces it again”.

But there is a caveat to this “memory”. “Our immune system is presented with a challenge when it encounters a different strain of the flu and can’t ‘remember’ how to fight it,” said Dr Leong. This is why there is a need for yearly flu jabs and COVID-19 booster shots to keep this “memory” up to date with the viruses’ evolution.

Vaccination aside, what else is important? When it comes to our immune system, the general idea is: The stronger it is, the better it can protect us against diseases such as the headlining Omicron variant, right? But what exactly makes up the immune system? Can certain “superfoods” strengthen it? What about supplements – do they work at all?
CNA Lifestyle puts all those questions and more to the experts. Here’s what they said.

DOES GETTING ENOUGH SLEEP REALLY HELP TO BOOST OUR IMMUNE SYSTEM?

This is a keeper for sure. “One of the reasons for this is that quality sleep can bolster the number of T cells in your body, which are important for fighting infection,” said Dr Leong.

Another reason is that the brain has a way of clearing waste and it is only activated during REM sleep, said Dr Leong. “The purpose of the glymphatic system is to flush the brain of the toxins accumulated throughout the day, while transporting antigens and other types of immune cells around the brain for optimum cognitive function.”

And like how vaccination creates “memory” for the body to fight off infections, sleep strengthens this memory or ability to recognise foreign invaders and pathogens, he said. And that means proper sleep, which translates into seven to nine hours every night. In fact, it might be a good idea to turn in early after getting your flu or vaccination shot as studies have shown that a good night’s sleep strengthens the immune response, advised Dr Leong.

Google “superfood” and you’ll see lists that cover the entire alphabet, from avocado to zucchini.

So what makes a food super? “Some foods contain high amounts of certain nutrients or have unique health benefits,” explained Anthonysamy. Oily fish such as salmon, for instance, have been said to be some of the best sources of omega-3 fatty acids for bolstering the immune system.

But here’s where it gets tricky. There is no scientifically based or regulated definition for superfoods, according to the Harvard School of Public Health website. In fact, the term “superfood” was coined by the United Fruit Company in the United States (US) around World War I to market the benefits of bananas to consumers.

Said Anthonysamy: “In my opinion, while these foods do contribute in some ways to strengthening our immune system, we should not just focus on consuming them alone in our diet. Remember that everything has to be taken in moderation as overeating any food can lead to side effects or toxicity”.

And please, no food is a panacea if your diet is full of unhealthy, processed stuff. “If you’re eating junk food every day and supplementing with a punnet of blueberries, you won’t be reaping any of the benefits,” said Dr Leong.

Anthonysamy’s take? “Eat as diverse a diet as possible to reap the benefits of various nutrients for our body to function properly.”

DO WE NEED TO TAKE VITAMIN C DAILY TO KEEP OUR IMMUNE SYSTEM STRONG?

The short answer: No. Popping vitamin C tablets daily has not been proven to “make more than a marginal difference”, said Dr Leong. The notion that vitamin C boosts immune function was made popular decades ago when it was found that interferon, the viral-blocking mechanism used by the body, needs vitamin C for manufacture. However, randomised controlled trials failed to prove this hypothesis.

Anthonysamy agreed that vitamin C supplementation is not compulsory – especially if you’re already eating your fruits and vegetables. “It is also worth highlighting that we should not view vitamin C as the sole cure or nutrient for recovery. Instead, we have to make sure we consume other nutrients as well, as all of them play a role for our body to function well,” she said.

A better bet against colds and the flu? Go for your annual jab, said Dr Leong. It is something to consider as the flu is expected to make a comeback when Singapore fully re-opens, he added.

WHAT ABOUT OTHER SUPPLEMENTS? CAN WE OVER-BOOST OUR IMMUNE SYSTEM?

More is not better if you’re trying to boost your immune system with supplements, said Dr Leong. First, you may not make much of a difference, he said.

Secondly, your liver will take a beating as many of these “immunity boosters” contain mixes of zinc, and vitamins C and B26, which, when taken in large doses, can cause serious side effects.

Too much vitamin C, for instance, can lead to side effects such as nausea, vomiting, heartburn, diarrhoea, headache, stomach cramps and bloating, said Anthonysamy. “For more serious cases, it could lead to iron overload and kidney stones.”

The overconsumption of zinc and vitamin B6 is another cause for concern. “Over the long term, zinc can lead to a copper deficiency, while vitamin B6 can lead to nerve damage, resulting in a tingling sensation in the hands and feet,” said Anthonysamy.

IS IT TRUE THAT DRINKING ENOUGH WATER CAN BOOST OUR IMMUNE SYSTEM?

Anthonysamy explained that our immune system is “highly dependent” on the nutrients in our blood stream. And since the blood stream consists mostly of water, we cannot properly transport nutrients to each organ system if we do not drink enough water, she said.

“Staying well hydrated is also very important for removing toxins, such as increasing lymphatic drainage to clear out foreign invaders and waste materials,” she added. And finally, water is needed to produce mucus and saliva – your body’s other lines of defence.

In fact, if you’re recovering from a cold or flu, restoring the fluids and electrolytes lost is critical to recovery, said Dr Leong. “It can take almost 36 hours to orally rehydrate after being sick. A quick assessment of adequate fluid is the colour of the urine. Colourless urine indicates adequate fluids.”

There are several good reasons for breaking into a sweat. For one, you get a better blood flow, which enables your immune cells to perform more effectively, said Dr Leong. Exercise can also decrease your stress hormone level. And not to mention, moderate-intensity exercise has been linked to lower rates of upper respiratory tract infections like cold and flu, cited Dr Leong.

Cardiovascular exercise appears to confer more benefits to the immune function, he continued, although “any form of exercise is better than no exercises at all”. Of course, this doesn’t give you the licence to head out for a five-kilometre jog after getting your flu or booster shot. Better to adhere to your doctor’s guidelines when it comes to exercise.

As for the niggling notion that exercise might weaken your immune system, it is unlikely so, said Dr Leong. “A person would likely need to be exercising for several hours a day at very high intensity over a prolonged period of time, and even then, it may not have much of an impact. A punishing exercise together with insufficient or unbalanced meals may instead be detrimental to health.”