BERLIN (AFP) – Yussuf Poulsen (pic below) is a rarity in modern football, having joined RB Leipzig in the third division of German football and risen with the Red Bull-backed club all the way to the UEFA Champions League.

Tomorrow Leipzig face Liverpool in the first leg of their last-16 tie in Budapest, with the club into the Champions League knockout rounds for the second time.

They overcame English opposition at this stage last season, beating Tottenham Hotspur before going on to topple Atletico Madrid and reach the semi-finals, where they were beaten 3-0 by Paris Saint-Germain (PSG) with Poulsen as captain.

This time around a plum tie against Jurgen Klopp’s Liverpool was their reward for dumping out Manchester United in the group stage.

However, COVID-19 travel restrictions imposed by Germany from countries including the UK meant Leipzig had to move the first leg to a different country, and so the sides will meet in Hungary, denying Julian Nagelsmann’s team potentially precious home advantage.

“There had been some talk about it for a bit of time, so it was not a surprise,” Poulsen told AFP via Skype. 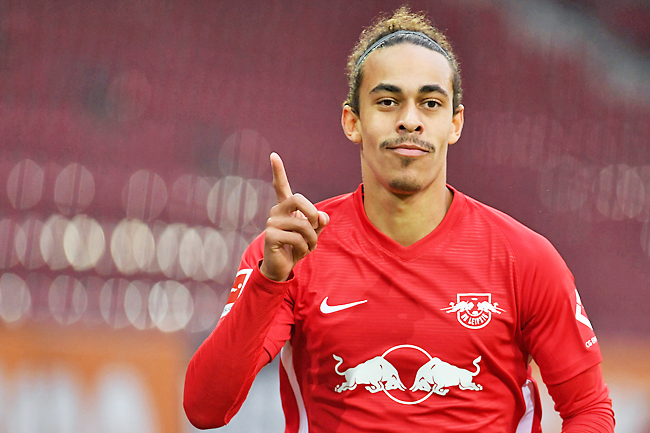 “We are just happy that we can play the game, that we can do what we love and what our job is.

“There are a lot of people in the world right now who can’t do that.”

Still only 26, the gangly Poulsen was a fresh-faced teenager when he signed for Leipzig in 2013 from Lyngby in his native Denmark.

Back then, Leipzig were plotting a course to the Bundesliga from the third division, backed by Austrian energy drinks giants Red Bull.

Poulsen bought into the vision of then-sporting director Ralf Rangnick that the club, only founded four years previously, could rise up through the German football pyramid to reach Europe.

After helping them win promotions in 2014 and 2016, the forward became the first RB Leipzig player to clock up 250 appearances in Germany’s top flight when he scored in a 5-0 thrashing of Mainz last May.

“It’s one thing to dream but another to actually believe it,” Poulsen said with a smile.

“I believed that Leipzig could be a Bundesliga team quite fast, due to the facilities and the people who are around the team.

“Ralf had already done it with other teams before so that was not a foreign language he was speaking, he knew what to do.

“He also knows how to convince the right players to come, but from being a Bundesliga team and going to a Champions League semi-final is still a long way.”

He has had a front-row seat in Leipzig’s journey to becoming a part of Europe’s footballing elite.

“There’s been a big development, inside and outside of the team, with the fans, the level of opponents, with the things that surround the club, the media, everything. Step by step, better and better.”

Under their 33-year-old head coach Nagelsmann, Leipzig are currently second in the Bundesliga behind reigning European and world champions Bayern Munich.

Poulsen, a Denmark international, is eager to use the lessons learned from last season’s run to the semi-finals when they face Liverpool.

“We learned a lot about patience and taking your chances when we get them. That is what we have to bring to the table this time,” said the Copenhagen-born forward, who played in Leipzig’s 2-1 defeat of Augsburg on Friday, setting up the winning goal for Christopher Nkunku.

It certainly looks like it could be a good time to be playing Liverpool, with a 3-1 defeat at Leicester City on Saturday a third Premier League loss on the bounce for Klopp’s flagging side.

Not that Poulsen has been following the recent travails of the Anfield club too closely.

“I’ve a small child who isn’t going to kindergarten at the moment, so I don’t get much time to watch football,” Poulsen admitted.

“The big teams are always ready when the big games come and Liverpool, for sure, are also going to be ready when we play them on Tuesday.”