BRUSSELS (AP) – Belgium’s justice minister remained under protection yesterday after four people suspected of taking part in a plot by alleged drugs criminals to kidnap him were arrested in the Netherlands.

Vincent Van Quickenborne (AP, pic below) said in a message on social media that he is “safe and in good hands” but will have to skip some planned activities in the coming days.

In a video message relayed by broadcaster RTBF, Van Quickenborne said he was informed by the country’s federal prosecutor that he was the target of a kidnapping plot and that the suspects would be soon extradited to Belgium.

In his address, the minister mentioned the “drugs mafia”.

“Let me be clear: we will not be intimidated by anyone,” De Croo wrote on Twitter.

The federal prosecutor’s office told The Associated Press yesterday that in addition to the four arrests, an automatic weapon and a bottle of gasoline had been found in a vehicle spotted in the city of Kortrijk. Van Quickenborne is the city’s mayor. 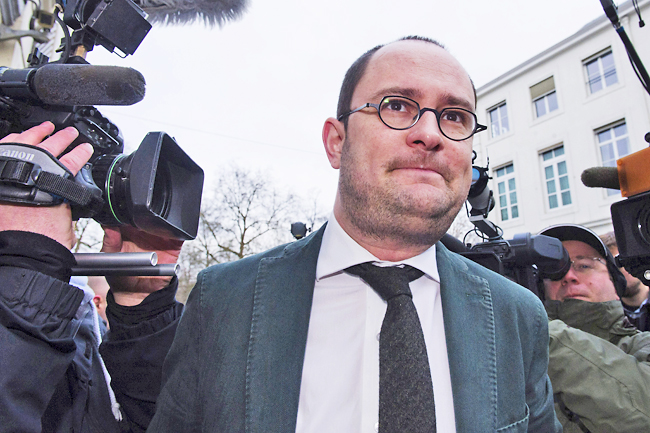