The Aewon Basketball Cup 2021 returned following a year hiatus due to the COVID-19 outbreak with the first two games during its opening event at the New Village Mutual Aid Basketball Court in Seria on Sunday.

“We are eager to be back on this basketball court tonight to witness the start of one of the largest basketball tournaments in the Belait District,” Belait District Basketball Association (BDBA) Chairman Koo Kong Loi said.

Lau expressed his appreciation for the government’s efforts in ensuring sporting activities can be held again. Aewon Brunei has been supporting the tournament for the fourth year to help develop basketball in the country. 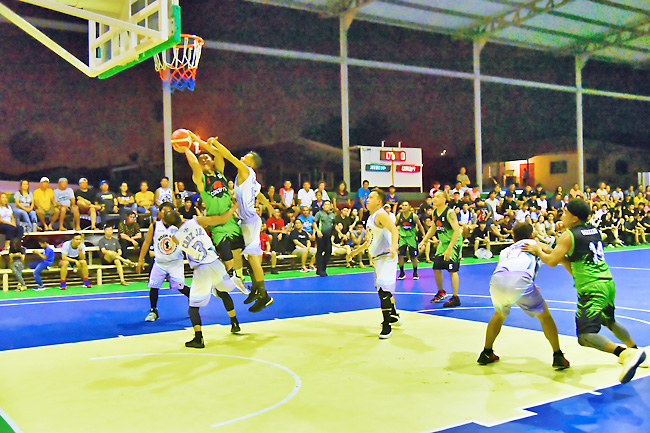 “We hope to highlight the importance of good physical and mental health while attracting more young people to have a greater interest in basketball,” he said.

Katherine Hii echoed a similar sentiment adding that good sportsmanship must be adopted by all players, coaches and referees.

Sixteen teams, split into four groups, are competing in the tournament this year.

Indah Damai Restaurant, Gravity, Gurkhas and Hokage Hawks are in Group A; while Group B has Wolves Basketball, Panaga Primates, Musang NSD and Yao Ding.

All teams will continue competing for slots in the quarter-finals on August 10.