Being in tune with herself

For local artiste Rofini Zainal, making it to the finals of this year’s Bintang Search has strengthened her spirit as a singer – she continues to persevere in her musical pursuit, bringing it to greater heights.

Rofini spoke to the Bulletin on how she started music as soon as she entered primary school at the International School Brunei (ISB).

“We had music classes and I also took extracurricular music lessons in school and at Contessa Music School. When I moved to Australia, I took music as a module in high school, Brisbane State High School, and continued taking private piano lessons,” she said.

She explained that music has always been a big part of her life because of how much it helps her both mentally and physically.

“Growing up, music has always been a safe-space where I can escape reality and be in tune with myself. When I was younger, I would have my headphones on all the time. Music is and has always been an outlet. It helps me to express myself, my emotions, and it is the motivator behind a lot of things,” she iterated.

Her biggest supporters have always been her family.

“If not for the ability and opportunity to take these lessons and engross myself in music, I wouldn’t have fallen in love with music in the first place. 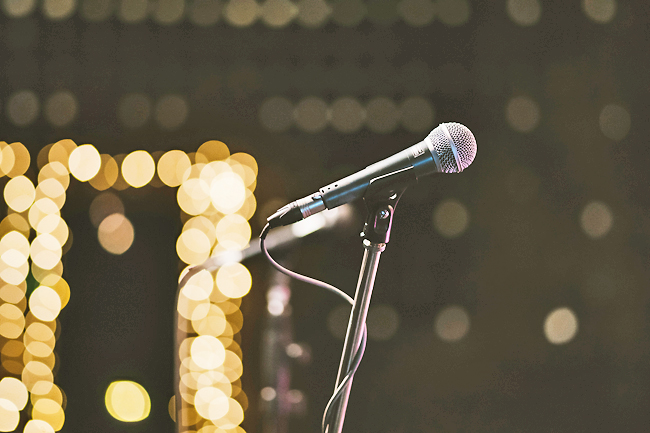 “My late grandfather’s passion for music was an inspiration to me. Every time he visited, he would play the instruments and sing and seeing how it kept him happy was a key motivator for me,” she mentioned.

“Then come my extended family and friends. Without their support and belief in me, I don’t think I would have ever believed in myself,” Rofini added.

She shared that “contrary to what most people know about the instruments I play, my first instrument was actually the violin, until I lost it back in primary school. I still remember it to this day crying over my stolen instrument.

“Then after, I came home to a piano which my grandfather bought for me. I was the happiest kid alive. I became fond of the piano and started taking lessons immediately at home with an amazing music teacher, Aunty Yasmin”.

Asked of her first encounter with music, Rofini said that she started singing early in primary school, but this was for a choir. I didn’t really think much of it at that time. For me, it was an opportunity to sing.

“When I moved to Brisbane, I started singing in the comfort of my own room.

“For me, it was something that I could use to communicate my deeper emotions, which I wasn’t able to let out by talking”.

She continued, “I remember during piano classes, someone in the next room would be taking vocal lessons. I said to myself that I wish I could do the same, but I never got around to asking my parents. I think it was because I didn’t feel confident about my singing nor did I believe in myself as much, to actually step out and sing.”

It was only when she went to the University of Southampton that she gained the confidence to actually perform and sing in front of an audience.

“I owe it all to my former housemate, Bibi Amadah, who also happens to be one of my best friends. She would always hear me sing. And one day, when we went to an event, she just said something along the lines of, ‘Fin, let’s do it. I’ll go up there with you’. And she did, she was up there singing with me.

“I remember being so nervous and anxious, but when it was over, it just felt liberating. Bibi was the biggest push when it came to finding that confidence in me to begin openly singing in front of people. From then, I started to sing covers and perform at different events,” she revealed.

“I would like to believe that I am strong with expressive emotions, and singing is some sort of a release,” shared Rofini.

“I took my time to write music and started learning production but I would never publish any of this because I was scared for the most part of it.”

She brought her new found interest back to Brunei with her, trying to pursue music by performing at various venues.

“I made some friends and got to know a little bit about the music industry in Brunei. But at the time, I was demotivated as I thought I had reached a dead end. I felt quite lost and felt that my dreams were far- reaching, and thus like many others, I succumbed to the real world and took a corporate job,” Rofini shared.

She then went into powerlifting in 2018 as a sport as she drifted further from music.

“Although I still sing for some of my closest friends and family’s weddings, I wasn’t really into it. I felt like it could never be something of mine,” she shared.

However, before it was too late, Rofini’s love for music was rekindled when she joined Bintang Search 2022. It made her realise how much she had missed that part of her life.

Recounting her experience in the competition, she said that a friend who was auditioning, shared a link with her and asked her to join. It marked the start of her journey.

“When I auditioned it was initially just for me to enjoy and get out of my comfort zone,” Rofini added.

But before she knew it, she received a call to confirm her participation and gave her a reality check.

She realised, “This is my chance of a lifetime. I need to give it my all.”

Her experience at Bintang Search offered her insight into the music industry, the work and effort that go into becoming an emerging artiste.

“Despite the balancing act of juggling daily routine and a corporate job, it was one of the most eye-opening experiences for me,” Rofini said on the time she was preparing herself for the singing show.

“I believe that Bintang Search is a great opportunity for locals to leverage as a platform to expose their talent and gain invaluable insights into the music industry,” Rofini highlighted.

“The platform also allows the music industry to find new and upcoming stars in the country.”

Rofini said that it is her family and friends, along with the people she met during her stint in the competition that make up the backbone of her music career.

Asked what is next for her, Rofini hopes to release some of her own songs that she has planned over the past couple of months.

“For me, R&B is where my heart is. It combines a lot of elements of blues, jazz and soul music,” she said.

“I have always been scared to be stuck in the standard route of getting a corporate job as a primary career. However, with the opportunities that I have in front of me, I believe that it’s time for me to pursue something I have always wanted. I don’t want to end up with regrets,” she said.

“I believe one can excel in things at any age as long as you work hard and be honest with yourself about the journey you are willing to take. It’s something I love to do and loving your job is as important as doing your job.”