Bed Bath & Beyond warns of bankruptcy

NEW YORK (AP) – Beleaguered Bed Bath & Beyond warned on Thursday that it may need to file for bankruptcy protection as it struggles to attract shoppers.

The Union, New Jersey-based home goods retailer said that it’s looking at several options, including selling assets or restructuring its business in bankruptcy court. But it acknowledged that even those efforts may not be successful.

Its stock fell 30 per cent and ended on Thursday at USD1.69, its lowest level since November 1992. “There is substantial doubt about the company’s ability to continue as a going concern,” the retailer said in a statement.

The company’s assessment came as its dismal performance extended through the holiday season.

Bed Bath & Beyond said it expected to report net sales of USD1.26 billion for the third quarter ended on November 26, 2022. That would be a 32 per cent drop from a year earlier.

It also anticipates a net loss of roughly USD385.8 million for the third quarter, wider than its loss of USD276.4 million in the year-earlier period.

The company’s recently appointed CEO and President Sue Gove blamed the poor performance on inventory constraints and reduced credit limits that resulted in shortages of merchandise on store shelves.

In August, Bed Bath & Beyond announced it would shutter stores and lay off workers in a bid to turn around its business. 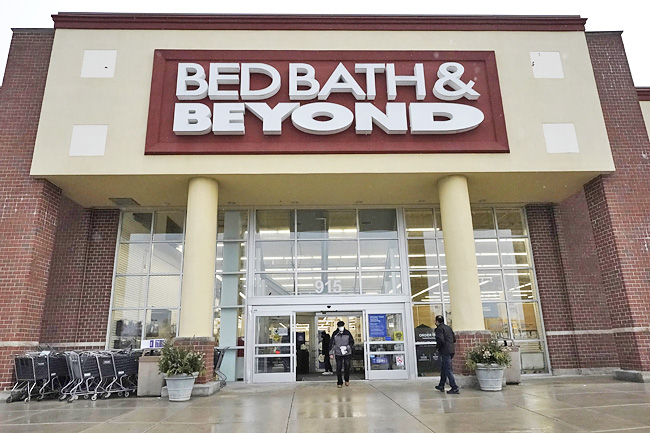