Be aware of bears

THE WASHINGTON POST – Would you know what to do if you crossed paths with a bear?

Wildlife experts emphasised that bear attacks are rare. A woman in Washington State on Saturday fended off an attack from a black bear outside her house by punching the bear in the nose. Earlier this month, Northwest College college wrestler Kendell Cummings in Powell, fought off a grizzly bear that attacked his teammate in Shoshone National Forest, and Cummings survived the encounter by playing dead. A Wyoming hunter shot himself on Friday while trying to fend off a grizzly bear.

Most of us will only see a bear from a distance. But by understanding bear behaviour, you can better prepare for what to do if a bear takes an interest in you.

And if you do plan to hike in parts of the country where black and brown bears live, experts said you should bring bear spray, travel in groups and don’t run away if a bear spots you. They’ll catch up.

SO WHAT’S THE REAL RISK OF GETTING ATTACKED BY A BEAR?

The answer depends on where you live and how much time you plan to spend in the bear’s habitat.

National Wildlife Federation naturalist David Mizejewski said bear attacks are “very rare” and getting in the car to drive to the grocery store is “exponentially more dangerous” than going to a national or state park. 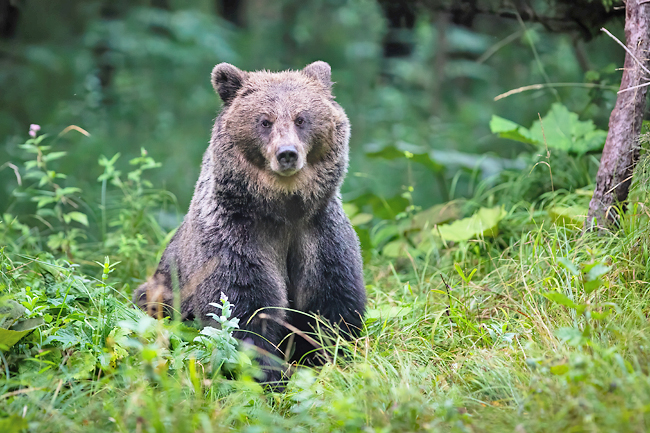 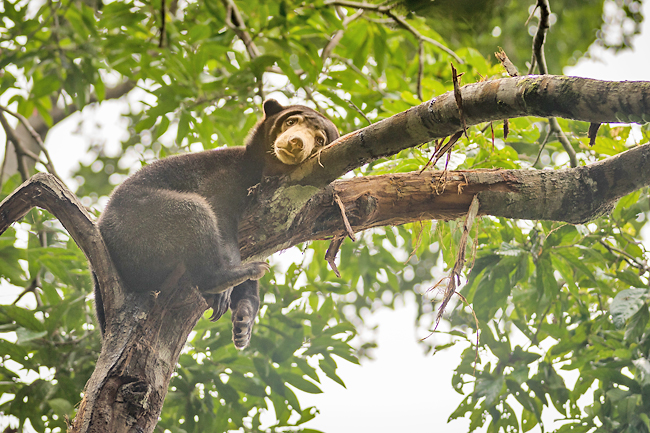 One study found that 54 people were killed by black bears in reported incidents between 1960 and 2009.

Since 1979, Yellowstone National Park has recorded 44 people have been attacked by grizzly bears in the park. Given that the park had 118 million visitors during that time frame, that puts the risk of getting injured by a grizzly bear at approximately one in every 2.7 million visits. Your risk is higher – one in every 232,613 days of travel – if you’re hiking into the backcountry of the park.

HOW DO I KNOW IF I’M IN BEAR COUNTRY?

The term “bear country” refers to a part of a state or a park where there have been known bear encounters. Brigham Young University Professor Tom Smith said that before you head out on a trail for a hike or camping trip, you should always ask your park ranger if there’s been any recent bear sightings.

And even before you pack a backpack, Mizejewski said you should “do your research” and learn about the bears you may encounter and their habitat. If we make space for the bears, we can coexist peacefully and nothing will happen, he said.

“A little bit of knowledge can go a really long way,” Mizejewski said. “Know if you’re in bear country.”

There are approximately 900,000 black bears in North America, living in at least 40 of 50 states in the United States (US).

Brown bears such as grizzly bears weigh as much as 1,500 pounds and live in Canada, Alaska and parts of Idaho, Montana, Washington state and Wyoming. Polar bears live farther north but experts said that, with global temperatures on the rise, humans are increasingly likely to run into these white-furred mammals in the future.

Bear fur can come in a variety of shades. To know what type of bear you’re looking at, consider the build of the bear. Brown bears have a distinctive shoulder hump and short round ears. Black bears have a round rump that’s higher than their shoulders.

WHAT SHOULD I DO IF I’M ON A HIKE OR CAMPING TRIP?

First, experts said you should tell someone who isn’t going on the trip where you’re going and when you plan to return. And you should never hike alone. Smith has compiled a database of over 2,400 incidents between bears and humans in North America, and he said he’s never seen a bear attack a group of two or more people who stand their ground.

Smith said he never travels into bear country without a can of bear spray. In a study he co-authored, Smith and others found that in a review of 83 incidents with bears in Alaska bear spray was 98 per cent effective.

“We can’t 100 per cent guarantee that you’re 100 per cent safe in bear country but we can get it way down if you just do a few simple things,” Smith said. Data also shows bear spray is more effective at deterring a bear than a firearm. Bears don’t like surprises. As you walk the trail, experts said you should talk, sing or clap to let bears know you’re around. If you’re getting close to a stream or a bend in the path, you might want to shout to give potential bears a friendly heads-up.

Smith said he’s camped in places where there are dozens of bears within eyesight of his tent.

It’s possible to create a bear-safe campsite. He stores all of the food far away from the tents and off the ground so the bears can’t reach and runs a small electric fence around the perimeter of his campsite.

His number one rule is: “I do not let hairy four-legged creatures touch my tent”.

And when you’re packing up to leave a campsite, experts said you shouldn’t leave a trace.

Any food left for bears or other animals will just remind them to visit the campgrounds again, putting others at risk.

WHAT SHOULD I DO IF A BEAR VISITS MY HOUSE?

Bears are not just at national parks. Washington Department of Fish and Wildlife bear specialist Lindsay Welfelt said they’ve been getting a lot of reports of black bears searching around homes. At this time of year, bears are in a period of hyperphagia, meaning they’re trying to pack on the pounds before they hibernate for the winter, and Welfelt said bears in Washington are having a hard time finding the foods they’d naturally eat to bulk up, like wild huckleberries or nuts.

So, instead, some black bears are exploring neighbourhood garbage cans, compost piles, bird feeders and backyard fruit trees, Welfelt said. Experts said that if you live near populations of black bears you should buy bear-proof trash cans and make sure you don’t leave food outside unattended.

WHAT IF I SEE A BEAR IN THE WILD?

If you see a bear, plan a route away from the bear. Mizejewski said people “create a dangerous situation” when they decide to get up close and try to take a selfie or feed the bear like “a Disney animal”.

If a black bear notices you, it’s most likely going to run away, Mizejewski said. Brown bears tend to hold their ground more often. But any bear can become defensive and aggressive, said Be Bear Aware campaign director Chuck Bartlebaugh, who leads a volunteer group that educates people about how to safely interact with bears.

If you notice a bear continuing to appear and disappear or follow you, this is a sign that the bear is either curious – or hunting you, Bartlebaugh said.

Experts said most bears act out in defence but some bear attacks are predatory, and it’s impossible to predict what bears may decide to attack.

Tragically, in July 2021, a camper was mauled to death by a 417-pound grizzly bear an hour after she had successfully scared off the bear.

Experts said if you’ve deterred a bear away from your campsite you shouldn’t stick around. Relocate your camp because the bear might decide to come back.

OKAY, BUT WHAT IF THE BEAR STARTS TO APPROACH ME?

When bears charge toward someone, they’re either bluffing or coming for a fight. Experts said what you absolutely don’t want to do is run. Humans cannot outrun bears. Black and brown bears can run up to 30 to 35 mile per hour (mph). The fastest human on the planet, sprinter Usain Bolt, can briefly run 27.5mph.

If you run, the bear will see you as prey, and it will start to chase you. And bears are great at climbing trees, too.

Instead, Smith said you should prepare a deterrent, like bear spray, and be ready to use it.

Bartlebaugh said a bear can start a charge anywhere from 15 feet away to 60 feet away.

You should group together and back up, allowing the bear to have some space.

If the bear does charge, oftentimes it will barrel toward you and then stop, bluffing an attack. Smith said the bear is trying to say “you’re in my space and you’re irritating me”. In this case, experts said you want to continue to slowly retreat from the area.

AND, WHAT IF A BEAR STARTS TO ATTACK?

If you don’t have a bear spray can and the bear is on the attack, you need to adjust your reaction based on the type of bear you’re facing.

For brown bears, play dead. Lie on the ground, cover your neck and remain still. Try to do what you can to look like less of a threat to the bear.

For black bears, the opposite is true. “Do not play dead,” the park service warned.

Walk away slowly to a car or building or, if that’s not possible, fight and focus your blows on the bear’s face, the park service and experts said.

To remember what to do in a bear crisis, wildlife experts often cite this refrain: