The talks were delivered by Siti Nurzaimah Nazhirah binti Haji Zaim from HAPPY Team who shared the latest local data on sexually transmitted infections (STIs) and teenage pregnancy by highlighting age and gender that dominate the statistics.

She also mentioned that the figures can be curbed by applying abstinence to prevent youth from getting involved in behaviours that lead to the infection of STIs, getting pregnant out of wedlock, or early marriage.

HAPPY is a youth-led project that promotes HIV awareness. It aims to deliver its message to young people in a way that has been adapted to the local context. 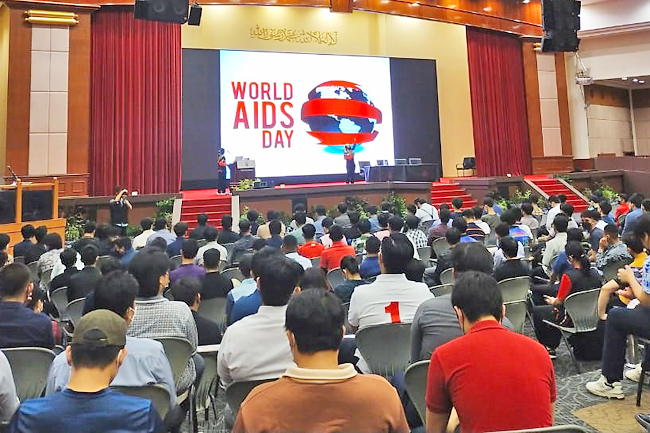 The briefing aimed to raise awareness on HIV and AIDS, help the target group make rational choices in social issues, and to disseminate the knowledge gained by the participants to their peers.

At the end of the briefing, a question and answer session was held and certificates of appreciation and souvenirs were presented by the principal.