Bayern wary ahead of Lewandowski reunion

BERLIN (AFP) – Bayern Munich will welcome Robert Lewandowski’s Barcelona to the Allianz Arena tonight, hoping to jolt themselves out of a poor run of Bundesliga form.

Despite last Wednesday’s impressive 2-0 win at Inter Milan, Bayern have drawn three games in a row and sit in the unfamiliar position of third place after six matches.

While Bayern have not struggled to find the back of the net this season with 31 goals in nine games, they have missed Lewandowski’s penetration at crucial moments in recent weeks.

Lewandowski has had a dominant start to life in Spain, scoring six times in five La Liga matches for Barcelona to sit in his usual spot atop the goalscoring charts.

With four wins and a draw, Barcelona are unbeaten in the league and sit second behind Real Madrid.

In the Champions League, Lewandowski opened his account with a hat-trick in Barcelona’s 5-1 home win against Viktoria Plzen.

Speaking directly after their 2-2 home draw with Stuttgart on Saturday, Bayern sporting director Hasan Salihamidzic said his team knew better than most the kind of damage Lewandowski could inflict.

“We have been warned,” Salihamidzic said about his former striker’s form for his new club. 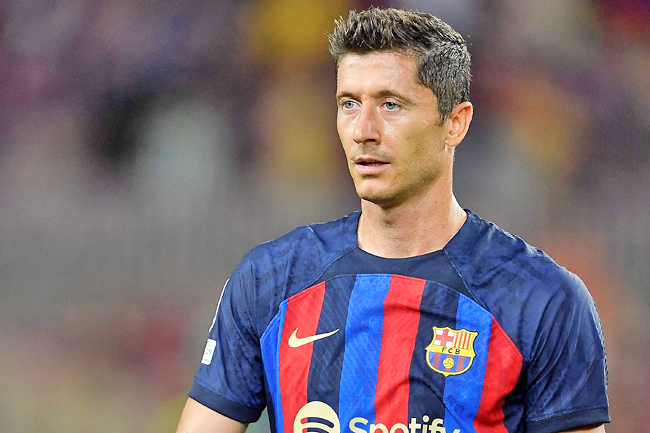