Barty, the reigning Wimbledon champion, dropped serve twice in each set and made 55 unforced errors compared to just 13 for her opponent.

“I’m disappointed I wasn’t able to get through today, it just wasn’t my day. Credit to Sara though, she is always a tough competitor,” said Barty, the first women’s top seed to lose in the first round at the Olympics.

“I never really felt comfortable out there and wasn’t able to play the match on my terms. The key to my game is serving well and I wasn’t able to do that today. I was a bit erratic and made too many errors.”

“I felt like I had to be aggressive today and she made me press and overplay,” she added.

Sorribes Tormo, ranked 48th, will face France’s Fiona Ferro in the second round. 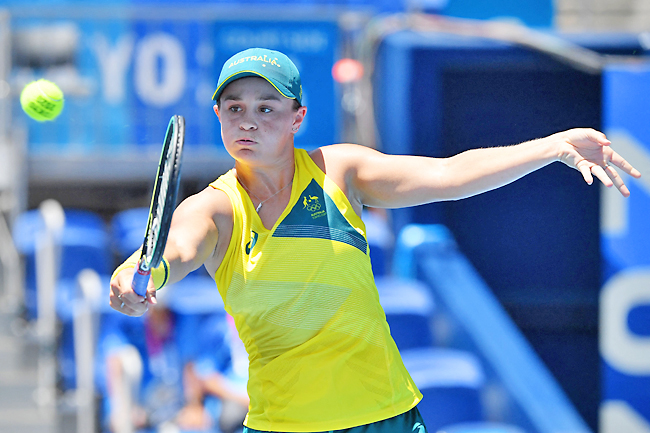 “It’s an amazing feeling, I still can’t believe it,” she said.

“It’s something incredible for me. It’s something that I’ve been dreaming of all my life, being here and even more so beating the world number one. I’m super, super happy.”

While Barty’s bid to become the first Australian singles gold medallist in tennis ended prematurely, she and partner Storm Sanders are through to the second round of the women’s doubles.

Barty could potentially come up against Sorribes Tormo again in the quarter-finals of that competition. Sorribes Tormo and Paula Badosa reached the last 16 by beating Mexican duo Giuliana Olmos and Renata Zarazua.

The rules call for a 10-minute break, if requested, between the second and third sets once the reading goes above 30.1 degrees Celsius, while changeovers and set breaks have been extended by 30 seconds.

“It doesn’t matter the conditions. We are here to play, we are here to enjoy and that’s what we will try to do,” said Sorribes Tormo.