TO THE WASHINGTON POST – The newest release in Leigh Bardugo’s blockbuster YA fantasy series, Rule of Wolves brings a satisfying resolution to the latest chronicle of
the Grishaverse.

With each new book, Bardugo stretches the horizons of her universe, creating an increasingly rich and expansive setting for her characters. The essential weight of that canon adds up over time.

Rule of Wolves may be best enjoyed after a full Grishaverse reread to situate the particulars of previous books at the top of your mind.

This story picks up the threads that 2019’s King of Scars left so captivatingly loose: roguish King Nikolai contends with doubts about his claim to the throne and a very real demon while trying to fund and fight a war. 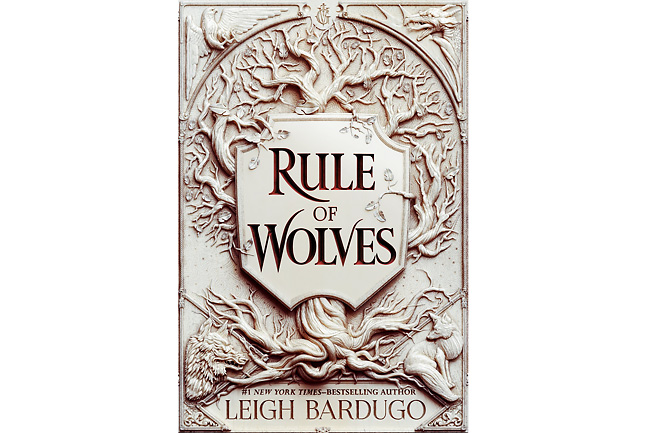 His general, Zoya, armed with “beauty and general air of murderousness”, hesitates to explore the new depths of her power for fear of the emotional toll it will take.

Their spy, Nina, lives in disguise among the enemy, risking everything, dancing on the razor’s edge of discovery.

Much of the book is a prologue to war, with all the attendant politics and maneuvering. Point of view rotates from chapter to chapter, allowing the story to run in multiple lanes, though momentum builds slowly.

Bardugo excels at exploring the elaborate derring-do that allows her characters to achieve any goal, but many obstacles are never fully realised, or knocked down nearly as soon as they’re set up, allowing some slack in the narrative tension. Heists are interrupted, then proceed smoothly. Soldiers subjected to military experimentation are deprogrammed with relative ease.

And the Darkling, Bardugo’s most compelling villain, literally back from the dead and making everyone nervous, is underutilised through much of the novel’s long middle.

When he does appear, he dispenses irony with the wry observational voice of an immortal. During an undercover attempt to lead the ragtag cult who worships him, he “surveyed his army of the faithful, his acolytes, the people with whom he would build a new age.

For the first time in several hundred years, he wished for whiskey.” The Darkling pulls focus like a magnet, and his absences feel conspicuous.

Once the war begins in earnest, however, the energy crackles, and the spectacle becomes entirely engrossing. Bardugo knows when to let the action roar, when to let emotions run high, and when to chase the theatrics with a wink and a smile.

On the precipice of an opening battle, one of Nikolai’s soldiers complains that their strategy is a terrible idea. “I have a surplus of bad ideas,” Nikolai says. “I have to spend them somewhere.”

Six books in, Bardugo keeps topping herself, making leaps forward in her use of magic as well as her representation of complex themes and characters whose inner lives are deeply felt.

The Grishaverse has proved itself to be a very good idea indeed, and readers will be thrilled to know there’s more to come.