TOKYO (AFP) – Japan’s central bank yesterday announced its first investment fund for efforts to address climate change, as the government works towards its new target of reaching carbon neutrality by 2050.

The scheme, likely to start this year, will be a successor to an existing programme aimed at promoting economic growth more generally, the Bank of Japan (BoJ) said after a two-day policy meeting.

“Climate change issues could exert an extremely large impact on developments in economic activity and prices as well as financial conditions from a medium- to long-term perspective,” its policy statement said.

“The bank considers that supporting the private sector’s efforts on the issues from a central bank’s standpoint will contribute to stabilising the macroeconomy in the long run.”

Financial support measures for pandemic-hit businesses were also extended by six months to the end of March 2022, a day after the government approved lifting a virus state of emergency in nine prefectures including Tokyo.

Slightly looser “quasi-emergency” restrictions will be set in the capital and six other areas until July 11, less than two weeks before the postponed Tokyo Olympics begin. 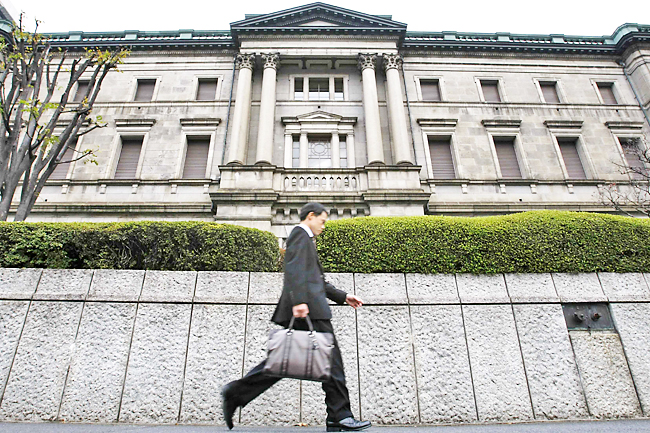 “Many companies are continuing to suffer financially from the COVID-19 state of emergency in a number of Japanese prefectures, as well as from the country’s low vaccination rates,” said Oshikubo ahead of the policy decision.

“The extended financial support package will be very effective in helping hard-pressed small and medium-sized businesses in Japan as demand for business support loans is high,” he added.

Japan’s vaccine rollout started comparatively slowly, but has picked up pace in recent weeks. Just over six per cent of the population is currently fully vaccinated.

The Bank of Japan left its monetary easing policy unchanged, reiterating that it “will closely monitor the impact of COVID-19 and will not hesitate to take additional easing measures if necessary”.

But the central bank’s governor Haruhiko Kuroda sounded a note of optimism as vaccinations speed up.

“With vaccinations advancing at this rate, I think there is a possibility that face-to-face service consumption will recover faster than we previously expected. As a whole, I think we are heading to a brighter outlook than before.”