His Majesty was accompanied by His Royal Highness Prince ‘Abdul Mateen.

The royal entourage with the president and Prime Minister Sheikh Hasina then headed to the banquet hall for a state banquet. 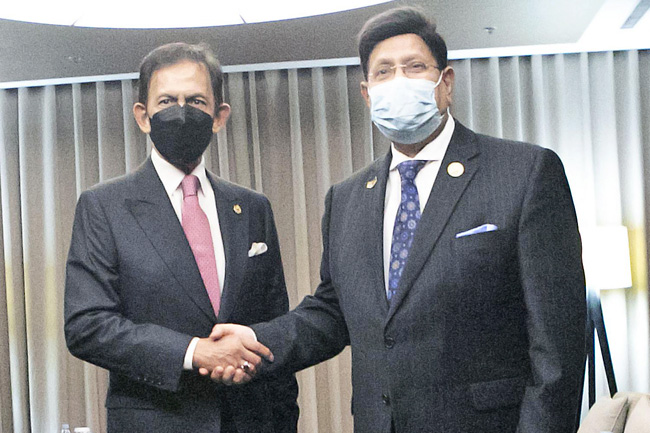 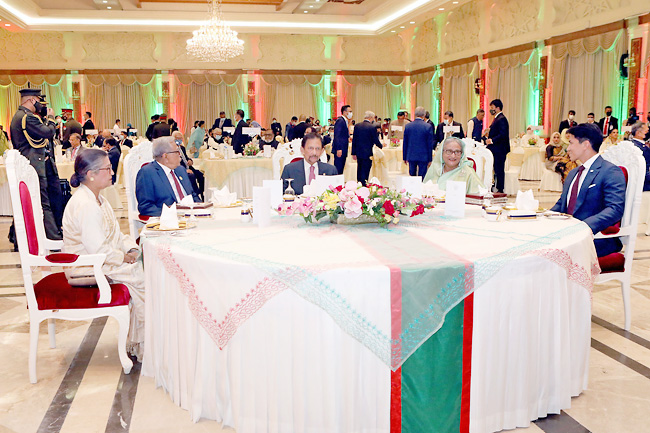 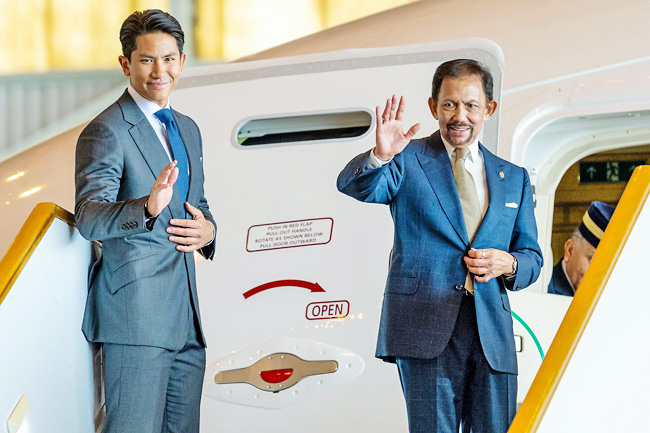 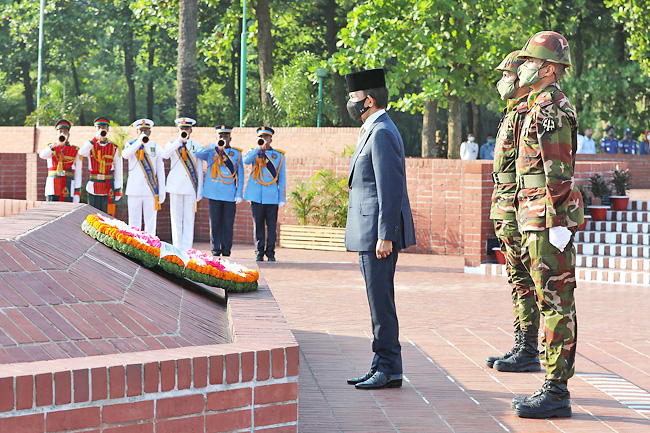 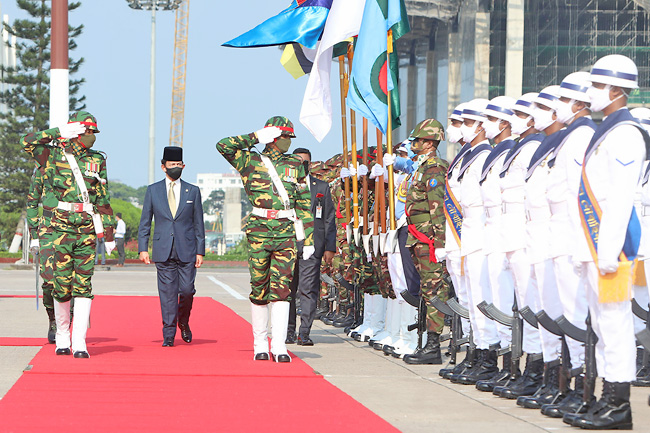 Before leaving Bangabhaban, His Majesty was bade farewell by the president and prime minister.

Earlier in the evening, the monarch received a courtesy call from the Minister of Foreign Affairs who welcomed His Majesty to Dhaka and discussed potential cooperation to enhance and strengthen the relations between both countries.

His Majesty laid a wreath on the memorial and was invited to plant a sapling.

The National Martyrs’ Memorial was set up in the memory of those who died in the Bangladesh War of Independence of 1971.

His Majesty’s arrival was welcomed with 21-gun salute. The monarch and the president then headed to the special dais for the welcoming ceremony, which began with the national anthems of both countries.

His Majesty was then invited by the guard commander to inspect the guard of honour mounted by members of the Bangladeshi armed forces.

The monarch was later introduced to Bangladesh Cabinet ministers, followed by the introduction of the Bruneian delegation to the president.

The state visit from October 15-16, is held at the invitations of the president as well as prime minister.

Diplomatic relations between Brunei and Bangladesh were established on May 5, 1984, in which both countries cooperate extensively in various areas including defence, education, health, trade and energy.