The hospital announcements were made on their Facebook pages, while Bangkok’s vaccine booking app also sent messages saying appointments after today would be delayed, as officials sought to reassure the public over vaccine supplies.

“There may have been confusion because private hospitals did not check with the Bangkok administration,” Health Minister Anutin Charnvirakul told reporters yesterday, adding that more doses were being delivered to Bangkok.

Thailand’s main vaccine drive is depending on 61 million shots from AstraZeneca, produced by Siam Bioscience, a company owned by the country’s powerful king.

There have been concerns about a possible shortfall in production, with several countries in the region reporting delays in orders of Thai-made shots.

AstraZeneca and Siam Bioscience have not responded to Reuters requests for comment on production delays, though the Anglo-Swedish drugmaker said it was working with Southeast Asia’s governments on vaccine deliveries. Thailand currently offers AstraZeneca and China’s Sinovac shots.

“We are not slowing down vaccinations, but there should be a calculation of the doses received,” Anutin said. 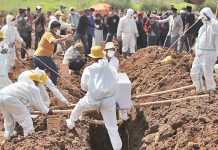 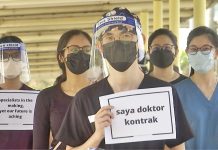 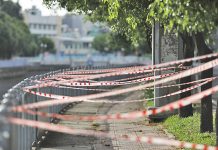