DUBAI, UNITED ARAB EMIRATES (AP) – Bahrain voted yesterday in a parliamentary and local election just hours after hackers targetted government websites in the island kingdom that is in the midst of a decade-long crackdown on dissent.

The Interior Ministry did not identify the websites targetted, but the country’s state-run Bahrain News Agency could not be reached online nor could the website for Bahrain’s Parliament.

Bahrain’s election website could not be accessed from abroad for several hours, though it and the news agency’s website later were restored.

“Websites are being targetted to hinder the elections and circulate negative messages in desperate attempts that won’t affect the determination of citizens who will go to the polling stations,” the Interior Ministry said.

Screenshots taken by Internet users showed a picture after the hack claiming it was carried out by a previously unknown account called Al-Toufan, or ‘The Flood’ in Arabic.

In a statement to The Associated Press, Bahrain said it had been the target of a “state-backed cyberattack in an attempt to derail the electoral process”.

It did not name the state it believed carried out the attack.

“All systems are operational, and the voting process has not been affected,” it added. 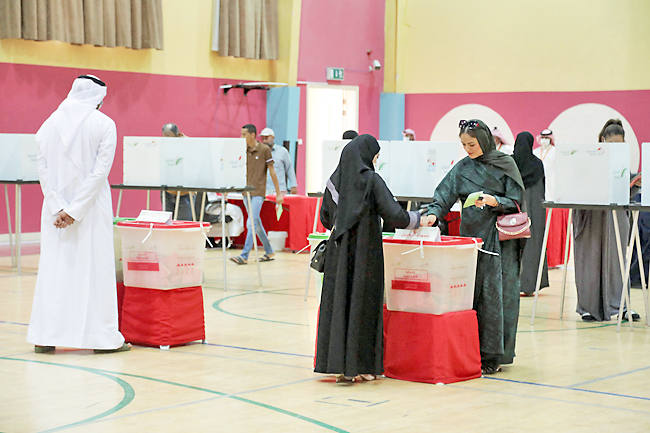