SAN JOSE, CALIFORNIA (AP) – Fourth-ranked Paula Badosa of Spain broke serve twice late in the final set before winning a tiebreak to get past 21-year-old Elizabeth Mandlik 6-2, 5-7, 7-6 (5) at the Mubadala Silicon Valley Classic on Wednesday night.

Mandlik, the daughter of four-time Grand Slam winner Hana Mandlikova, twice served for the match against Badosa while leading 5-4 and 6-5 in the decisive set.

But Badosa broke both times, then won three of the final four points of the tiebreak. 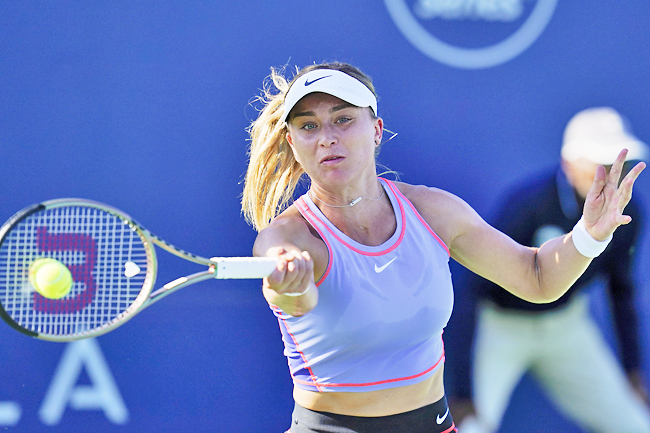