Although it was a straight-set victory, the win was far from a straightforward affair as both opponents were made to work for a point in each serve.

Both teams traded points but it was the pairing of Md Hisyam and Muhd Mukhlis who decisively sealed the tie. The pair took an advantage when they edged their equally competitive opponents 23-21 before closing the second set 21-19 to take the win.

Held in conjunction of Brunei Darussalam’s 37th National Day, the tournament which began on February 2 saw a participation of 15 teams split into two groups.

Contested in a round robin format during the preliminary rounds, the top four teams in each group advanced to the knock-out phase where they played to a winner. Kampong Penabai Acting Village Head Haji Yaakub bin Haji Ismail said in his speech, “This is the second time that the tournament is being held to commemorate Brunei Darussalam’s National Day.

“This year saw an increase in participation from last year with 30 players.” 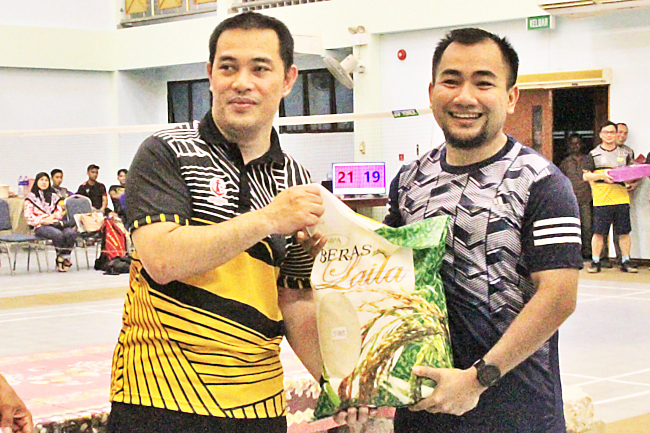