AP – The Korean drama Broker begins like a noir. A young woman walks slowly in the pouring rain in the middle of the night in Busan, her flimsy hood doing little to keep her dry. She looks haunted but determined and soon we see her destination: A building with a collection receptacle labelled ‘Baby Box’.

It’s then, from behind, that we see something squirming under her large, hooded jacket. She doesn’t open it, though. She sets the infant boy gingerly on the ground, wrapping him in his blanket, and walks away.

Thankfully for the kid, two detectives are staking out this particular baby box.

One, Soo-jin (Bae Doona), gets out to put the baby in the box. The other, Detective Lee (Lee Joo-young), trails the mysterious woman. They suspect an illegal child trafficking ring is operating out of the building and need to catch the perpetrators in the middle of a sale.

Yet Broker is not an edge-of-your-seat crime thriller or maudlin drama. Yes, there are two cops on the tail of several men who have a shadowy business selling orphaned and deserted kids to wealthy owners. Yes, there are shades of a large, powerful crime syndicate looming. And yes, there are abandonment issues aplenty. 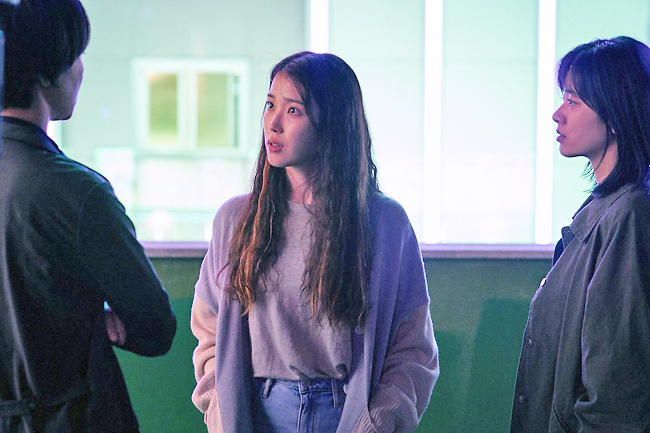 But despite all the ingredients for a certain kind of film, writer-director Hirokazu Kore-eda had something different in mind. In Broker, he’s made a quiet road trip film about some gentle souls in difficult situations and the makeshift family they become.

Anyone who has seen the Japanese filmmaker’s Shoplifters will recognise some similar throughlines, from the family aspect to its gentle approach towards people on the fringes of society – but Broker takes things a step further by playing around with gender roles and expectations in unexpected and enlightening ways, making the detectives women and men the ones wearing the baby carriers.

The baby box is not something out of a dystopian future, but a real thing in Japan and Korea that was meant for good but also extremely controversial. Was it enabling parents to “throw away” children too easily, some wondered. Or was it a public service for the most desperate in societies where single mothers are shamed?

These questions are asked in the film, and gently debated, but Broker isn’t interested in definitive answers or moralising, but instead empathy for both the mothers in impossible situations and the children haunted by their abandonment.

Ha Sang-hyeon (played by Song Kang-ho of Parasite) is the lead broker of the operation, but he is not a slimy, soulless criminal mastermind using the babies and kids as a mere means to a profitable end. In fact, his de facto daycare looks like a pleasant place of love and attention for the littlest and most helpless infants on up.

He and his right-hand man, Dong-soo (Gang Dong-won) discover a note with this newest arrival: His name is Woo-sung and his mother said she’ll be back for him. From experience, they know that this is rarely ever true, especially when there is no parental name or number left.

But the early twist is that the mother, Moon So-young (Lee Ji-eun), does come back and soon the three are on a journey to sell Woo-sung to the right kind of parents.

There is a light and almost comic touch to some of these interactions that also doesn’t trivialise things.

Broker is definitely a slow burn that can feel a bit repetitive at times, though the introduction of Hae-jin (Im Seung-soo) as an eight-year-old orphan with Premier League dreams helps get the film over a meandering hump.

It also packs an emotional punch and has some surprises yet, but most importantly it’s a reminder that filmmakers looking to explore society’s ills don’t need to make something a misery fest to do so effectively and powerfully.