MELBOURNE (AFP) – Two-time Grand Slam champion Victoria Azarenka (AFP pic below) threw her support yesterday behind a vaccine mandate on the women’s tour, as tennis wrestles with the fall-out of the saga surrounding unvaccinated Novak Djokovic.

The veteran Azarenka is a long-time member of the powerful WTA Players’ Council, which is working through the challenges posed by coronavirus.

Those were laid bare by the chaos and confusion that engulfed vaccine-sceptic Djokovic, who was deported on the eve of the Australian Open.

Speaking in Melbourne, Azarenka admitted it could be legally challenging to enforce but she believes it would be “helpful for everybody” if the WTA Tour considered a no-jab, no-play policy.

“Well, from my standpoint it’s been very clear. I believe in science. I believe in getting vaccinated, that’s what I did for myself,” the 32-year-old Belarusian said.

“If you ask me just for my opinion if that should be the case, I think it would just be helpful for everybody in the world, especially when we are travelling internationally.”

But the former world number one acknowledged that forcing people to be jabbed could prove problematic. 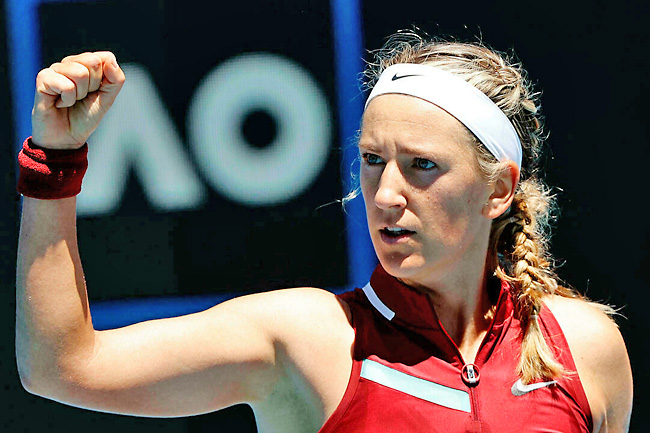 “Some countries will not allow mandates. I think to impose something legally on the WTA Tour can be a challenge, I think that’s something that we are facing,” she said.

Spanish legend Rafael Nadal, who sits on the ATP Players’ Council, said he was “no one to say” whether there should be a uniform policy for vaccines at all men’s tournaments.

But the vaccinated 20-time Grand Slam winner, who was “very sick” with COVID last month, said getting the jab made sense.

“We went through bubbles for two years, very challenging conditions. If everybody’s vaccinated, we are allowed to improve our life on the tour and most importantly our life outside of the tour,” he said.

To play at the Australian Open players must be vaccinated, unless they have a medical exemption.

Djokovic believed he was exempt based on recently contracting COVID-19, but it was challenged by Australian authorities and after a high-stakes legal battle he flew out of Melbourne on Sunday.

Azarenka said the drawn-out controversy became “a circus” and there “should be a really hard look on this situation moving forward”.

“I think as soon as there is a grey area in the rules, that gives a bit too much questions, and situations like this happen,” said the Belarusian, who revealed she caught COVID in November.

“On certain things I think black-and-white approach is necessary. In my opinion, this should be the case.”