THE WASHINGTON POST – Avocados, the fruit known as “green gold” because of their ability to generate billions of dollars for producers, are apparently so abundant right now that South American farmers are just giving them away.

A non-profit group in Philadelphia passed out hundreds of thousands of avocados last Wednesday to everyone who drove up in a car at FDR Park and asked for a case.

The produce was initially secured by Farmlink Project, a California-based non-profit group that was able to get its hands on about five truckloads of avocados that otherwise would have gone to waste. The group turned the fruit over to Sharing Excess to distribute, Ehlers said.

The giveaway underscores the volatility of this year’s avocado market, in which America’s voracious appetite for the fruit, combined with Mexico’s drop in production, led to vastly higher prices and an influx of avocados from other countries, including Peru. 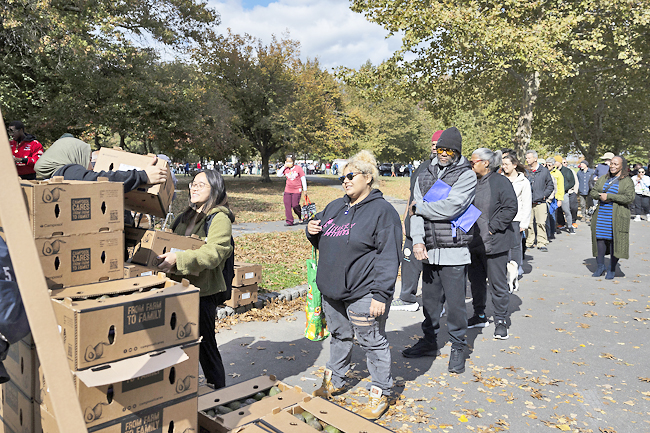 When the market began to stabilise in July and August, and Mexico’s yields increased again, analysts suggested the market may have become inundated with unwanted avocados. But that’s just speculation.

“We’re able to handle this amount, and, you know, we’ve been moving these all week. It started to just get to a point where we saturating the organisations that we normally distribute to, and we realised that we needed to probably do a large distribution on our own,” said Ehlers during a phone call from Philadelphia, where he had spent part of the morning operating a forklift.

In a matter of hours, Sharing Excess passed out 230,000 avocados to everyone who showed up at the park, regardless of need. Part of the group’s mission, Ehlers said, is to destigmatise hunger, so the organisation doesn’t require people to produce evidence of need.

Early in the summer, the price of midsize Mexican avocados peaked at USD87 per case, an increase of 180 per cent over the previous year, said a senior fruits and vegetables analyst with RaboResearch Food and Agribusiness in California David Magaña.

About 90 per cent of avocados imported into the United States come from Mexico, according to a RaboResearch report forwarded by Magaña.