THE WASHINGTON POST – Here are three audiobooks that people will enjoy.

His targets are rapists, domestic abusers and others with whom the feds can’t be bothered.

Virgil lives with his orphaned 14-year-old nephew, Nathan, who, not far into the book, nearly dies from an overdose and is later arrested for possession of drugs.

The novel’s ever-expanding plot brings Virgil and his former – possibly regained – girlfriend, Marie Short Bear, to Denver to track down the source of the drugs (a very nasty cartel) and back again to South Dakota, where dark machinations are uncovered and the action heats up.

The story, rich in Lakota lore and traditions, is leavened by wry observations and humour, not least in the person of Virgil’s friend, Tommy, a loyal but aimless fellow.

His good cheer is rendered with perfect timing by narrator Darrell Dennis, who has Indigenous roots himself and is, as it happens, a comedian.

He delivers the entire narration wonderfully, but his Tommy takes the gold. She had three children by three different men, all spies. She eluded the Chinese and Japanese secret police, the Nazis, MI5, MI6 and the FBI. Her work aided the Allies during World War II, but her loyalty was to international communism and the USSR.

After the war and settled in England, she funneled highly classified material to the Soviets, including essential details for making the atomic bomb.

Her success in evading detection owed in great part to MI5’s ingrained sexism: The sole woman among the analysts suspected her but was routinely ignored. Macintyre delivers this immensely exciting, fast-moving account in the calm, engaging voice of a connoisseur of spy craft.

Tana French sets her eighth novel in a tiny village in western Ireland where retired Chicago cop Cal Hooper has come to find peace, good fishing and time to figure things out. At least the fishing lives up to expectations.

Soon, however, he is dragged into 12-year-old Trey Reddy’s search for a brother who went missing some six months previously.

Cal’s inquiries are met with weirdness and obscure warnings, and he senses that he has entered territory which, though sociable enough on the surface, abounds in treachery and dark secrets below.

Sheep are being mysteriously killed and mutilated; furtive figures lurk in the night. French’s evocation of place, a rural way of life and overall creepiness are superb, as is the dialogue, a festival of Irish raillery and repartee.

American-born, Irish-raised Roger Clark narrates the book, and his performance spot on, not only in his rendering of the American and other characters of different ages and gender, but also in the pacing and brio with which he delivers Irish badinage. 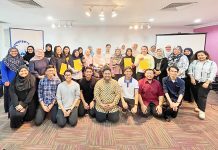 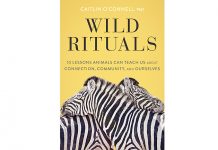 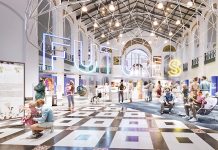