During the ceremony, His Majesty and Wong discussed the strong bilateral relations between the two countries particularly in defence; the Currency Interchangeability Agreement; placement of Bruneian civil servants in Singapore under the memorandum of understanding (MoU) on public service capacity development signed during His Majesty’s state visit to Singapore on August 24, 2022; and the hosting of the 9th Young Leaders’ Programme (YLP) by the Sultanate.

His Majesty also expressed appreciation for the close relations with Singapore, leading to assistance from Singapore during the COVID-19 pandemic.

Wong and his delegation are in the country for a two-day official visit.

His Majesty in a separate audience received outgoing Ambassador of Indonesia to Brunei Darussalam Dr Sujatmiko at Istana Nurul Iman. 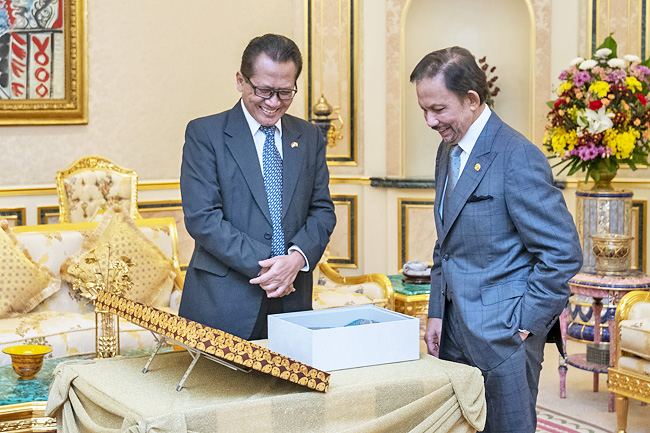 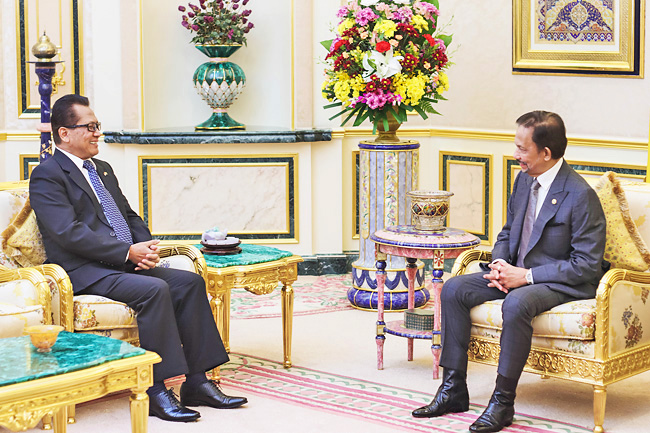 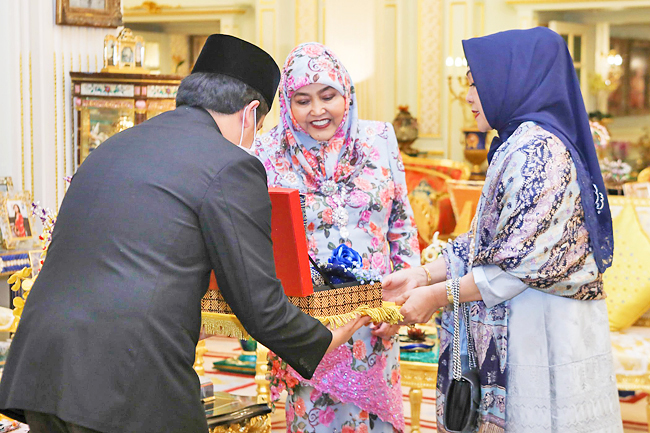 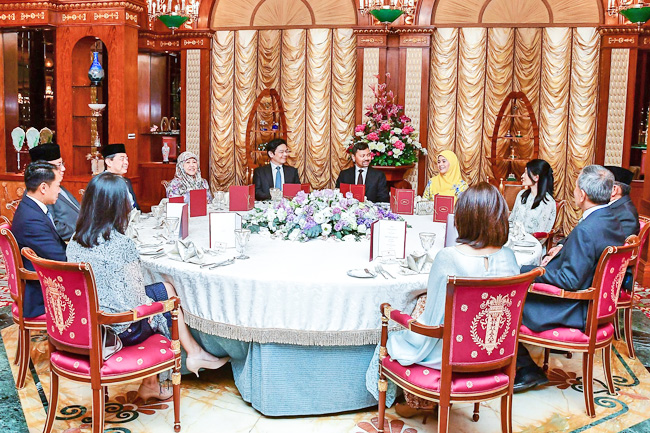 Dr Sujatmiko presented his Letter of Credence to His Majesty on July 7, 2018.

In a separate ceremony, Her Majesty also received in audience spouse of the outgoing Ambassador of Indonesia to Brunei Darussalam Nani Sujatmiko. Both ceremonies took place at Istana Nurul Iman.

Also present was Her Royal Highness Princess Hajah Masna, Ambassador-at-Large at the Ministry of Foreign Affairs.

His Royal Highness Prince Haji Al-Muhtadee Billah and Wong discussed the strengthening of bilateral relations between Brunei Darussalam and Singapore including cooperation in the public sector, education and investment.