I APPLAUD the initiatives by banks and the government to help the society go cashless.

It shows that Brunei is willing to adapt and change according to the 4th Industrial Revolution.

However, I would like to raise concerns over moving too fast in phasing out cash.

Not everyone is tech-savvy and those unable to adapt will only be punished, in particular the golden generation.

As a member of the golden generation, I am lucky that I can still adapt to using newer technology but some of my peers are not fortunate enough.

They depend on going to ATMs to withdraw cash and this is where some problems arise.

At ATMs, the common notes for withdrawals are BND10 and BN100.

Can the banks look into dispensing smaller denominations such as BND1, BND5, BND50 notes at ATMs as well?

This can save us the hassle of going to supermarkets and buying items to change a BND100 note. Shops also rarely have change for BND100.

The issuance of 50 dollar notes is very common in Singapore and Malaysia, so why are we not practicing this here?

I believe having ATMs issue smaller denomination notes would lessen the inconvenience and improve the quality of life. 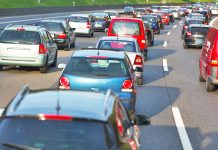 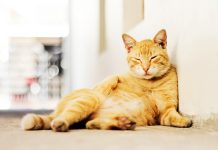 House cats should be kept indoors