MILAN (AFP) – Atalanta host Cremonese tomorrow as shock early leaders of Serie A after a fast start which appears to be gathering further pace.

Out on their own at the top of the pile for the first time since 1964, Atalanta have collected 13 points from their first five matches, with their only dropped points coming in a draw with champions AC Milan.

Another fixture against promoted fellow Lombards, after last weekend’s straightforward 2-0 win at Monza, offers Gian Piero Gasperini’s side the perfect chance to consolidate their lead.

Unlike the rest of their rivals in the upper reaches of Serie A, Atalanta don’t have any European commitments after finishing a disappointing eighth last season.

That gives them a huge advantage ahead of the World Cup, with domestic and continental commitments packed into an extremely tight schedule before the Qatar tournament gets underway in November.

Also boosting the Bergamo outfit is the way young gun Rasmus Hojlund slotted into the team at Monza, linking up with fellow new boy Ademola Lookman to net on his first start after arriving for EUR17 million from Sturm Graz. 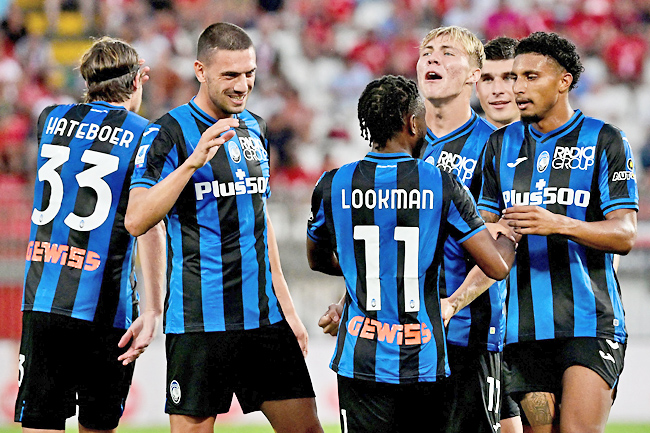