TARBES, FRANCE (AFP) – Under the snow-capped Pyrenees, dozens of planes are lined up like toys on a shelf, at one of several airports in southern Europe where parking planes has become big business thanks to the COVID-19 pandemic.

“Since the first confinement, we’ve had to expand” our existing sites, said Head of Tarmac Aerosave Patrick Lecer, one of the leading firms in Europe for storing planes.

The firm has been flooded by requests, so in addition to its sites outside the French cities of Tarbes and Toulouse and the eastern Spanish town of Teruel, Tarmac Aerosave opened in June another location at the Vatry airport in eastern France.

The firm is now taking care of 230 planes at its four airports – which are remote and less busy than most in Europe – compared to 150 in 2019.

“And the waiting list is still long,” said Lecer.

As the novel coronavirus swept around the world last year, international air travel was brought to a near complete halt as many countries shut borders or imposed quarantines.

With airlines not flying their planes, parking quickly became a problem. 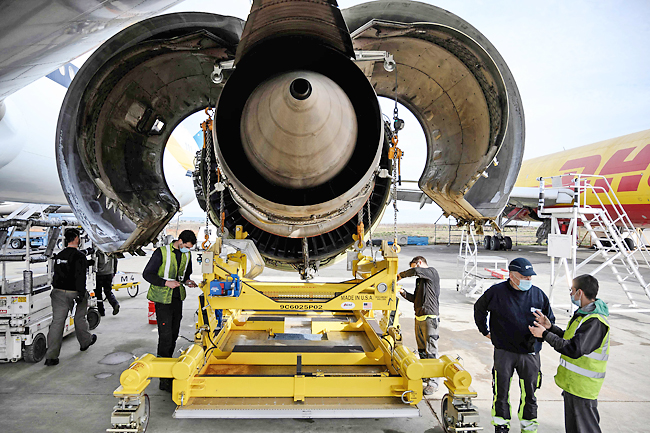 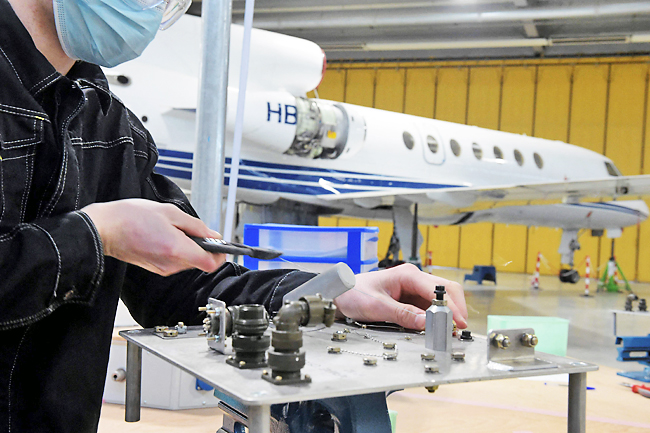 And when air traffic didn’t resume quickly, airlines decided to take more planes out of regular service: 3,400 in 2020, of which 2,400 were retired ahead of schedule, according to a recent study by the Oliver Wyman consultancy.

Enter firms like Tarmac Aerosave, which has taken charge of planes such as a giant A380 from Emirati airline Etihad.

“When a plane is being stored it isn’t being abandoned,” said Sebastien Demouron, who leads the storage crew.

“First we cover up all the openings and protect sensitive areas. Then we test the electronics and carry out necessary maintenance so it remains navigable,” he explained.

Despite opening up the additional site they are running out of space.

“You need to move like in Tetris to find the right spot for each plane,” he joked.

In fact, they’ve made a scale model map of the site complete with magnets for the various models of planes to work out how best to park them, according to operations manager at the Tarbes site Yannick Stefanelli.

Created in 2007 by Airbus, engine maker Safran and waste management firm Suez, Tarmac Aerosave originally recycled the first Airbus aircraft produced in the 1970s which were reaching the end of their service lives.

But with clients also asking to store and service aircraft, the firm quickly saw an opportunity to diversify.

With air traffic plunging from a peak in the summer of 2019 all the way back to 2003 levels last year, all of a sudden there was a lot of work for Tarmac Aerosave.

Revenue jumped by an unheard of 20 per cent and the company hired an additional 150 people.

The crisis hasn’t been all good news for the company, however.

“Certainly we had rising demand for storage, but we lost 40 per cent of our revenue from maintenance work” which is the most profitable activity for the firm, said its President Lecer.

With airlines unsure about the recovery of air traffic, they have been putting off intensive and costly maintenance.

Lecer said some airlines, even those which have been receiving state aid, are unlikely to survive the crisis and some of his charges will never again take to the skies.

He insisted Tarmac Aerosave is not profiting from the crisis.

“We succeeded in maintaining 2019 levels thanks in particular to our four activities: storage, maintenance, transition and recycling” which to a certain extent are in higher demand at different times.

But even for the aircraft whose fate remains uncertain “it is important to carry out all the little maintenance operations”, said Stefanelli.

And if an aircraft is to be retired definitively, “more than 90 per cent of the aircraft will be recycled”, said Arthur Rondeau, who heads up the operations to dismantle aircraft.

For most planes – not the super-jumbo A380 – that takes six to seven weeks.

Clients recover certain parts which they can reuse or sell, then the plane is cleaned and cut up.

“One often has an image of planes stacked up and abandoned in deserts in the United States (US) in what can resemble cemeteries,” Rondeau said. “Here we go through the plane from one end to another to recover anything of value,” he added.

Twenty-three-year-old mechanic Teddy Saves is busy pulling out a screen from an A380 that has already had most of the seats removed and the cabin panels removed.

“People tend to forget that these planes have travelled across the world,” he said.

“I like to think they meet a nice end here.”