TOKYO (XINHUA) – Four people were killed with four others feared dead after a fire broke out yesterday at an apartment in Japan’s western city of Kobe, local media said.

Firefighters received a call around 1.35am saying that black smoke was coming out of a window on the first floor of a three-storey housing complex in Hyogo Ward of Kobe, Kyodo News reported.

Four men were confirmed dead at the scene, the report said, citing police and other sources, adding that four other men who were taken to a hospital were all unconscious.

All the eight individuals were found on the first floor of the apartment, it said.

The fire was mostly put out after about an hour.

A total of 60 square metres of the first and second floors of the 300-square-metres building were burned, according to Kyodo News. 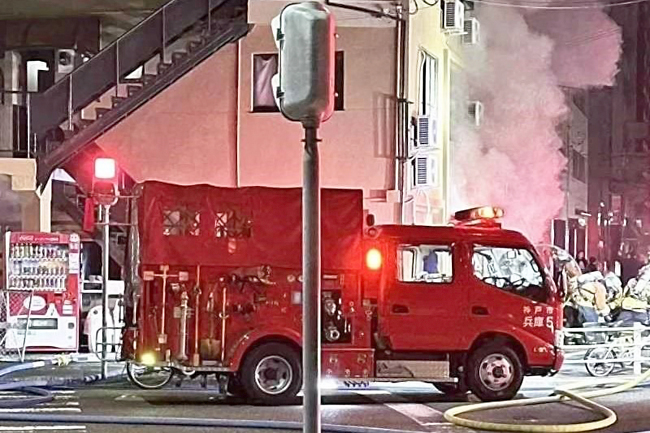