Ambassador of the Philippines to Brunei Darussalam Marian Jocelyn R Tirol-Ignacio officiated a ceremony hosted by the University of the Philippines Circle in Brunei (UPCB) to mark its 30th anniversary celebration at the VIP Hall of The Rizqun International Hotel last Monday, which also saw former Borneo Bulletin senior sub-editor Tony Alabastro conferred with honorary membership.

Alabastro was conferred with the honorary membership by UPCB in recognition of his service rendered to the organisation in promoting the University of the Philippines’ (UP) ideals in the local community through local media.

He was represented by Filipino Association President Malou Wong at the event.

UPCB is a non-profit, academic and professional association of graduates of the UP presently working or residing in the Sultanate, and was established on July 16, 1991 with 13 founding members.

This year marks the 31st anniversary. The event was initially scheduled for last year but put on hold due to COVID-19 restrictions. 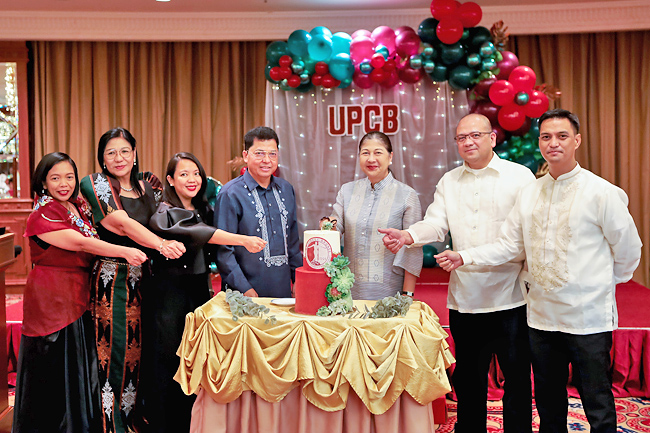 Registered with the Brunei Registrar of Societies and recognised as a foreign chapter of the UP Alumni Association, its constitution calls for the rekindling of the UP spirit of serving the nation through academic excellence, professional commitment and community service and also aims to promote closer ties between the peoples of Brunei and the Philippines.

A video presentation on UPCB through its years of establishment as well as an anniversary cake-cutting ceremony and presentation of video messages from former UPCB members were also featured along with performances by association members.