The Crown Prince CIPTA Special Award 2021 saw no overall winner in this year’s competition as no entry met the winning criteria for the special award – the project must stand out, have excellent quality and achieve an overall score of at least 90 per cent.

The second prize went to Rumine Corporation for its Techsim Project.

There is no first place winner for Local Category Three, while Poseidon by Sengkurong Sixth Form Centre and White Case Assistant project by Berakas Secondary School ranked in second and third places. 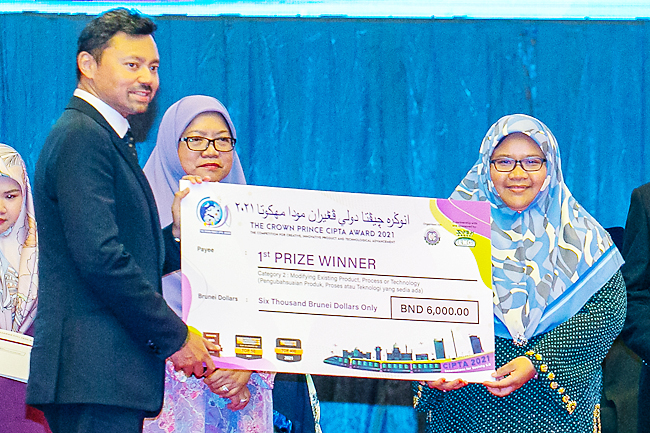 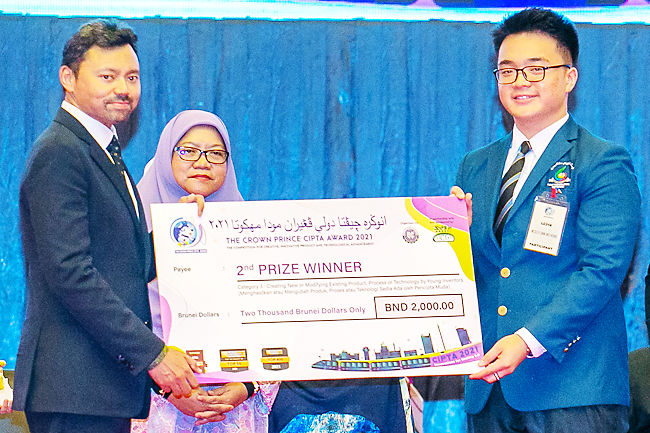 An entry from Universiti Kebangsaan Malaysia, the Thermo-Responsive Biohydrogel for Controlled Drug Delivery Project won the heart of judges and became the winner in the ASEAN New Invention and Innovation Category while IOT Enable Digital Scoliosis Diagnosis Device entry from University Malaya and Biomass Hydrogels as a Sustainable Delivery Platform for Pharmaceutical and Cosmeceutical Application Project entry from Universiti Sains Malaysia placed second and third.

Six entries were received for New Product, Process or Technology Creation under Local Category One, however after an initial evaluation, the Technical Committee assessed that there was a lack of originality or novelty in the participating projects and the committee agreed to move the six into Local Category Two, making it a total of 18 entries in the category.

Eleven entries were received under the Local Category Three by Young Inventors among Pre-University and Upper Secondary Students, and seven for the Smart Junior Competition by young inventors and designers from among Lower Secondary students, who are in Years 7 to 9.

Four international and eight local judges from institutions and industries from various fields of expertise were invited to assess the competition. They were divided into four groups led by Managing Partner and Co-Founder of OMC Engineers, Brunei Darussalam Chin Lee Tuck.