Asian markets mixed ahead of US elections

TOKYO (AP) – Asian stocks were mixed yesterday ahead of the United States (US) midterm elections with trading likely to stay bumpy in a week that brings new inflation data and other events that could shake markets.

Thailand’s SET gained 0.7 per cent. India’s markets were closed for a holiday. The week is full of potentially market-moving events, including US inflation data and the election, which could leave the US government split between Democrats and Republicans.

For yesterday, at least, “Look for markets to trade political headline spin rather than substance”, Stephen Innes of SPI Asset Management said in a commentary.

Every seat in the US House of Representatives is up for election this year, along with about a third of the US Senate. On the line is control of both houses of Congress, currently under Democratic leadership.

Voters are also electing governors in most of the states this year. They’ll be in office in 2024 when the next presidential election happens and could affect election laws or vote certifications. Many state legislative and local authorities also are on the ballot.

A divided government would likely bring gridlock rather than big, sweeping policy changes that could upset tax and spending plans.

Historically, when a Democratic White House has shared power with a split or Republican Congress, stocks have seen stronger gains than usual.

Analysts said a strong performance by Democrats in the elections could lead to increased spending to help the economy that might fuel inflation and leave the Federal Reserve obliged to continue to hike interest rates to get prices under control. 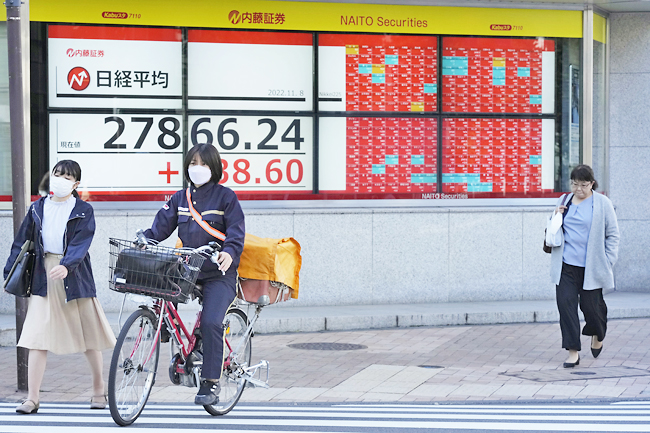