A new report released by the United Nations (UN) Economic and Social Commission for Asia and the Pacific (ESCAP) highlighted that the Asia-Pacific region must accelerate progress and reverse its regressing trends on many sustainable development goals (SDGs) to achieve its ambitions by 2030.

Based on the evidence provided from across the UN Development System, the 2021 report assessed how the COVID-19 pandemic might impact regional progress towards the SDGs. It also provides, for the first time, a step-by-step guide for countries looking to replicate the progress assessment using the newly developed ‘National SDG Tracker’ tool developed by ESCAP in line with the commitment of the UN to support countries with follow-up and review of the 2030 agenda.

“The Asia-Pacific region is not on track to achieve any of the 17 SDGs by 2030,” stated the report.

“On its current trajectory, the region may achieve less than 10 per cent of the SDG targets. Therefore an added urgency to ensure that responses to the pandemic in the region and at the national level accelerate progress toward the 2030 agenda.” 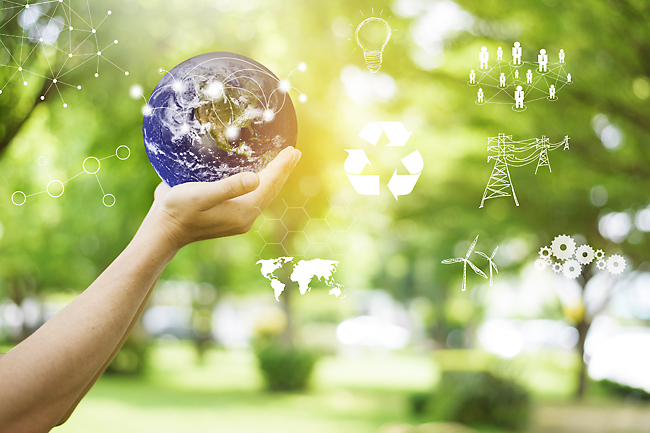 It also noted that in some areas there is a foundation for achieving the goals. “The most promising are goals for good health and well-being (Goal 3) and industry, innovation and infrastructure (Goal 9) where the region has progressed the most. The region has also made some progress on goals for no poverty (Goal 1), zero hunger (Goal 2), quality education (Goal 4), reduced inequalities (Goal 10) and partnership for the goals (Goal 17), albeit too slow to achieve success by 2030.

“At the same time the region is regressing on critical goals of climate action (Goal 13) and life below water (Goal 14). But overall, progress has been very slow or stagnant for half of the goals.”

The report shared that strong economic growth in the Asia-Pacific sub-regions is dependent on intensive use of natural resources, resulting in a heavy material footprint that is affecting the achievement of Goal 12 on responsible consumption and production. “All sub-regions, except for South and South-West Asia, are regressing on the material footprint target. And similarly, apart from the Pacific, there is regression in all sub-regions on the target of reducing greenhouse gas emissions, and most sub-regions are showing slow progress or are regressing on environment-related goals.”

Meanwhile, more data are becoming available as countries prioritise SDG monitoring, and nearly half of all the SDG indicators now have enough data for tracking progress toward the goals in the Asia-Pacific region.

In terms of the potential impact of COVID-19 in achieving the 2030 agenda, the report highlighted seven areas.

One is ‘Health’, where it stated, “The maternal mortality ratio could increase in 14 Asia-Pacific countries that already have a high burden of maternal deaths, from the projected 2020 baseline of 184 per 100,000 live births to 214 or 263 per 100,000 live births for the best- and the worst-case scenarios, respectively. Deaths of under-five children in the region could increase by more than half a million over a six-month period in the worst-case scenario.

Another area is ‘Social protection and basic services’. “There are 640 million multi-dimensionally poor people in Asia and the Pacific. The pandemic could potentially double this number by pushing an additional 636 million vulnerable people to multi-dimensional poverty. Also, monetary poverty could impact 71 million more children in the region by the end of 2020. At least 850 million students in the Asia-Pacific region were affected and had lost almost half of the academic year by September 2020.”

Touching on ‘Jobs, small and medium-sized enterprises and informal sector workers’, the report shared, “Unemployment increased by 15 million in the region in 2020. Compared to 2019, workers in the region lost 7.1 per cent of their labour income in 2020, more than USD1.0 trillion. In April 2020, lockdown measures impacted some 829 million informal workers in the Asia-Pacific region.”

‘Fiscal and financial stimulus’ is another area, for which it is stated, “Nearly half of the Asia-Pacific countries with data experienced negative economic growth worse than the projected -4.4 per cent global growth in 2020. Yet between March and September 2020, Asia-Pacific developing countries announced an estimated USD1.8 trillion, or 6.7 per cent of their gross domestic product, for COVID-19 health response and relief measures for households and firms, roughly half of the share spent by the world’s developing economies on average.”

For the area of ‘Social cohesion and community resilience’, the report said, “At least 70 per cent of mental health services for older persons were disrupted between June and August 2020. Over the period from mid-March to the end of May 2020 the Asia-Pacific region saw a rise in countries closing their borders without exceptions for people seeking asylum (reaching 63 per cent of countries with data).”

Another area of focus is ‘Environment’, on which it was shared, “Among the recovery measures approved by 13 countries in the region, 11 countries had very little or almost no consideration of the environmental dimension. This is a missed opportunity to build back better. Big cities in the Asia-Pacific region produced 154 to 280 tonnes more medical waste per day than before the pandemic.”