His Majesty recalled the first summit in Bangkok, Thailand in 1996, where ASEM leaders recognised the huge potential in linking Asia and Europe to achieve greater growth and prosperity.

The monarch saw the reinforcement of the partnership between Asia and Europe as vital, as member partners recover from the COVID-19 pandemic.

His Majesty, thus, underlined the importance of digital connectivity and believed it is “incumbent on us to align efforts” on it to meet the needs of the peoples and businesses. As such, the monarch said Brunei is pleased that such an effort will be advanced through the ASEM Connectivity initiative.

The monarch also stressed on the timely and equitable access to vaccines as well as the recognition of vaccines listed in the World Health Organization’s (WHO) Emergency Use Listing as important in resuming safe travel as soon as possible, to forge educational, social and cultural links, which are mutually beneficial for all. 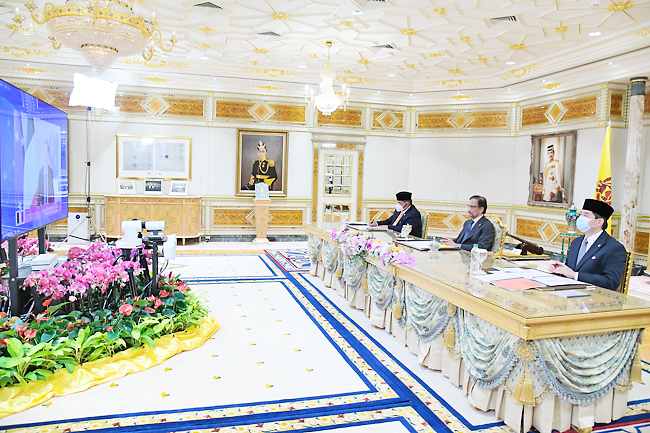 His Majesty also highlighted the issue of mental health, which should be addressed to prevent long-term impacts to the economy and the people, while seeing a huge potential for ASEM to cooperate in the area through the sharing of expertise and best practices.

The first plenary session focussed on the role of ASEM in promoting multilateralism amid complex global challenges while maintaining mutual respect, understanding and trust between ASEM partners through the strengthening of a rules-based international trading system.