ASEAN is picking up on emerging trends which will be seen over five to 10 years, involving geo-politics, supply chain and the broader scheme of intra-Asian trade, the middle-class consumption power, rise in digitisation, as well as sustainability.

Standard Chartered Asia Chief Executive Officer Benjamin Hung recognised these improvements despite the region battling the onslaught of the COVID-19 pandemic, which had affected several markets in the year’s second and third quarter. He said this is due to an accelerated programme of vaccination.

“ASEAN is actually at a tipping point of significant rest,” he said during a virtual media roundtable on Capitalising ASEAN Opportunities on October 15.

As a block of ASEAN’s 10 markets, Hung explained that it is the third largest market after China and Japan with a population of more than 650 million comprising, the young, growing, resource-rich with rising middle-class societies. 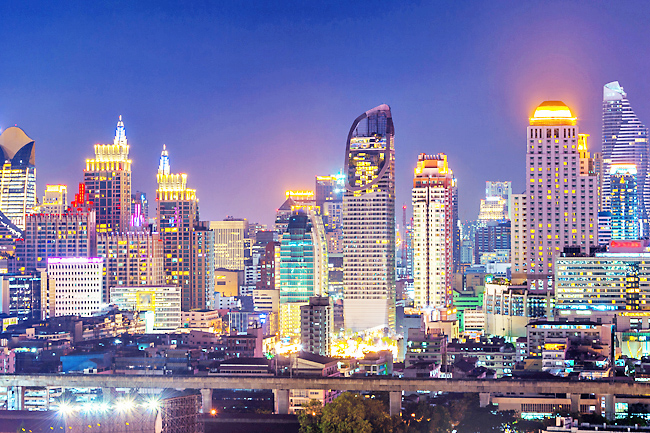 The region’s economic block is a very attractive business partner for international powerhouses, including China and United States, with the latter keen to develop a diversified supply chain.

“We also see deep interest from Asian markets, including Japan, Korea and China to invest in ASEAN,” Hung said.

“If you think about it, every single economic block and economic powerhouse around the world is very keen on developing closer ties with ASEAN. That is not seen across the world in an immaterial sense,” he added. “I also think that the supply chain dynamics in the near term is changing fast.”

Acknowledging the disruption caused by COVID-19 to factory, port and container terminal operations, the bank chief is optimistic that multi-national corporations (MNCs) will leverage hard on ASEAN markets to be the alternative towards supply chain flows.

He said trade among Asian countries will increase in the near future especially with the increasing pattern of consumers due to the growth of middle-class consumers in the region. In addition, ASEAN is witnessing an increase in per capita income, which will be the driving force for gross domestic product (GDP) growth for several countries in the region.

In the aspect of digitisation, Hung noted the landscape is changing in terms of how consumers make purchases and the need for the industry to provide services in meeting the demands. “As we see online sales market platforms continue to grow, it shows a shift in the pattern of consumers migrating towards digitisation.”

On sustainability, he sees ASEAN playing a crucial role in the transition to sustainable usage of energy with an emphasis on lesser carbon intensive production.

“As bankers, we tend to follow where money goes. If we were to look at global FDI (foreign direct investment), all global FDIs have fallen,” said Hung. “However, during COVID-19, FDI into ASEAN has gone up from around 12 per cent to 14 per cent, which reflects how the world sees ASEAN as the future.”

The CEO added that this is one of the major part of Standard Chartered’s strategic focus as the only modern bank present in all 10 ASEAN markets.

A similar opinion was shared by the bank’s head for Singapore and ASEAN Ghoshal, who added that clients are keen on investing in various industries in ASEAN.

“One common theme – a bedrock – is the massive excitement about the consumption economy and the growing middle-class,” said Ghoshal.

“A total of 67 per cent of the close to 700 million people that populate ASEAN are actually middle-class, 400 to 450 million of them would – if not now, very soon – have Internet connections, so that’s propelling a very compelling sort of e-commerce and digital economy.”

During a questions-and-answers session, Hung highlighted that Standard Chartered will always support economic growth of a country, as how every bank should function.

He outlined evidence of the bank’s initiatives to support economic growth including the Climate Impact Exchange in Singapore, the soon-to-be launched Nexus banking in Indonesia, the signing of partners such as Bukalapak and Sociolla, the provision of a block chain enabling retail bond issuance in the Philippines, and sustainability projects in Vietnam, Malaysia and Indonesia.

“These are all the things that we can do to contribute to the long-term growth and the betterment of the society. That has got to be our ethos,” said Hung.

Ghoshal added that through the Standard Chartered Security – a subsidiary of Standard Chartered Brunei Bank – the bank achieved a milestone in April as the first capital market service licence holder in the Sultanate granted approval to conduct investment business to an Islamic window.