Brunei Darussalam contingent will face another wait for an appearance in the ASEAN Para Games (APG) 2020 in Manila, the Philippines after the multi-sport competition was re-scheduled to October tentatively amid the COVID-19 pandemic.

The ASEAN Para Sports Federation (APSF) chaired by the Philippine Paralympic Committee (PPC) President Michael Barredo held an emergency meeting via a video conference and agreed to move the competition to October 3-9 provided the pandemic is under control and perceived as no longer a threat.

“The federation is strictly adhering to the guidelines and preventive measures stipulated by the World Health Organization and health authorities to help contain the pandemic in the respective nations,” the organisation said.

However, a final decision will be made again as the APSF Board of Governors will convene again in a meeting at the end of July to assess the situation before confirming and proceeding with the games.

The multi-sport competition, which will be held for the 10th time, was initially planned to be staged on January but financial and logistical constraints prompted the event to be delayed until March.

However considering the seriousness of the COVID-19 crisis, the APSF and Philippines Local Organising Committee announced the postponement of the ASEAN Para Games indefinitely before the new dates were revealed.

Brunei para athletes have been seen in training late last year at the stadium’s gym in preparation for the event with several names determined to bring back home medals.

The country collected two gold, six silver and six bronze medals during the previous edition in Kuala Lumpur, Malaysia in 2017.

A total of 1,533 athletes and 829 officials from 11 nations are expected to take part in the biennial games, which will see the Philippines hosting it for the second time since 2005.

The ASEAN Para Games, which is usually held not long after the Southeast Asian (SEA) Games, is so far the latest high-profiled event in the region that has been forced for postponement due to COVID-19. 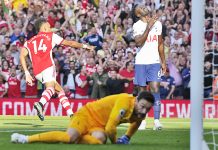 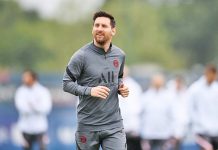 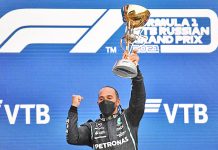