Vun, who is also head of the National Assembly’s (NA) Commission on Economics, Finance, Banking and Auditing, accompanied the ASEAN Inter-Parliamentary Assembly (AIPA) delegation on their August 11-12 visit to India.

The AIPA delegation was led by Cheam Yeab, first vice-president of the NA who visited India in his capacity as acting AIPA rotating chair. Vun said the visit focussed on additional efforts by the legislative branches of ASEAN and India towards building a comprehensive strategic partnership.

During the visit, the ASEAN delegation met with senior Indian officials, including foreign minister Subrahmanyam Jaishankar.

Jaishankar said at the meeting that relations between India and ASEAN are progressing well in many areas, including socio-economically, culturally and politically. He also appreciated ASEAN as a region with political and economic stability. 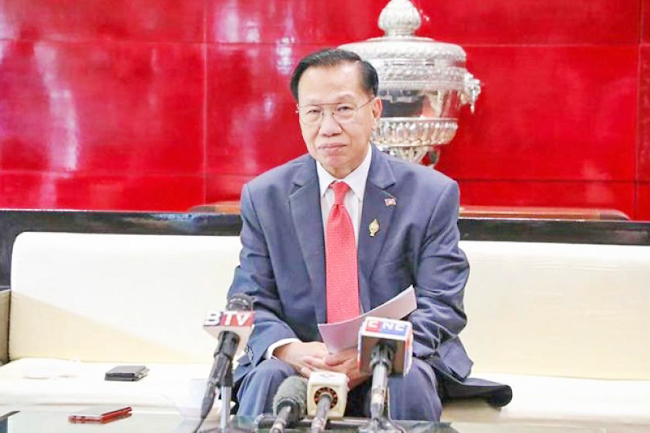 India has been an observer member of AIPA since 2011 at the 31st AIPA conference.

Vun said Jaishankar had hailed reaching this status as a great step for AIPA and India, with both sides having brought the relationship to new heights.

According to Vun, Jaishankar encouraged ASEAN member states to push for the strong implementation of the ASEAN-India Trade in Goods Agreement (AITIGA) to facilitate the free flow of goods, help ease obstacles and improve trade and economic relations.

Jaishankar said the ASEAN-India trade volume had reached nearly USD100 billion, with this demonstrating how beneficial the relationship was. The AIPA delegation also met with newly elected vice-president of India Jagdeep Dhankhar.