As the train goes forward, his mind travels back in time

THE WASHINGTON POST – Francisco Goldberg, the narrator of Monkey Boy, might be easily confused with the author, Francisco Goldman.

Like Goldman, the acclaimed Guatemalan American author of The Art of Political Murder, Goldberg has recently published an exposé of a political murder, “Death Comes for the Bishop”.

Like Goldman, he’s also aired the family’s business in a novel, prompting his fictional mother to tell her Guatemalan relatives and friends: “Don’t tell Frankie anything. He’ll put it in a book.”

Confused? Such are the perils of auto-fiction, in which the novelist’s life and story are so densely enmeshed that telling one from the other looks like part of the plot.

This is certainly true of Monkey Boy, in which the Francisco is grappling with the alternative facts of his family history and hyphenated identity.

The year is 2007 and 49-year-old Francisco (aka Frank or Frankie Gee), just off a dangerous stint doing investigative journalism in Mexico City, is on his way from New York City to Boston to visit his Mamita in a nursing home. 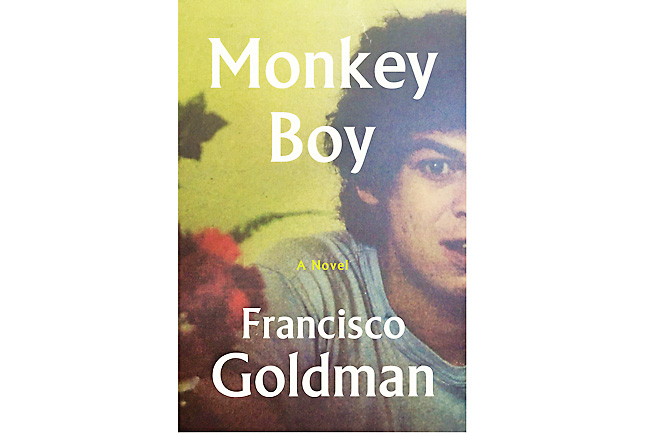 That’s the plot. But the literal train ride is mostly a pretext for the train of thought Frank conducts along the way, with stopovers at key points in his past, reflections on recent political history and speculations about his romantic prospects.

While hoping to coax some old secrets out of his memory-challenged mother – about her ancestry, her girlhood, her long, unhappy marriage to his father – Frank is clearly trying to make sense of his own experience, itself subject to lapsed or distorted memory.

His not-quite-estranged younger sister, for instance, remembers brutal episodes of their childhood differently and more distinctly than he does.

One of the many Guatemalan girls who lived with the family now sadly recalls how frightened Frank was as a small boy, and he tells us, “I don’t know what she’s talking about.” And the niece of a man who painted his mother’s portrait opens up a new view of Mamita.

Frankie, however, does remember plenty, and his stories entwine personal identity, political history and identity politics until they’re virtually, and judiciously, indistinguishable.

The deep secret of a great-grandmother’s African heritage, for example, is implicated in his own racial experience. (His friend “joked that whatever country I went to, the people from that country always saw me as being of whatever brown ethnic group was most despised there”).

His Guatemalan roots are entangled with the country’s culture of corruption and violence. Even his career as a writer has its connection with the “commodification of ethnicity and race”.

Most perplexing is the mystery of his own makeup – Jewish, American, Catholic, Guatemalan – a quandary that carries him from the “I want to be just one thing” of boyhood to “Why can’t I just be nothing?” to “It’s okay to be always an outsider”.

Yet, by taking us along with him, drawing us so deftly into moments of intimacy and worldliness, brutality and beauty, the author effectively ceases to be an outsider. In Monkey Boy he has crafted his own E pluribus unum, with room enough for stories lived, written or read – and, of course, for the two Franciscos, Goldberg and Goldman.