As newspapers slide towards abyss, bidding war breaks out

WASHINGTON (AFP) – Even as United States (US) newspapers sink toward an abyss, an unusual bidding war has broken out for a major chain, pitting hedge fund operators against civic-minded billionaires seeking to promote a non-profit model for the struggling industry.

Tribune Publishing, which owns the Chicago Tribune, Baltimore Sun and other big regional dailies, was set to sell the company to Alden Global Capital at a value of USD630 million, a move that would expand the news operations of the hedge fund with a reputation for aggressive cutting of newsroom staff.

Maryland businessman Stewart Bainum had another idea: he initially struck a deal to buy the Baltimore Sun as part of the transaction, but when that plan hit a snag, made a USD650 million offer for the entire chain.

Chairman of Choice Hotels Bainum has pledged to put up USD100 million, a sum match by two other wealthy investors. But it remained unclear if he can raise enough in time to head off the Tribune deal with Alden.

“Alden is offering a clean bid; they have cash and are waving it in front of the shareholders,” said Northeastern University journalism professor Dan Kennedy. 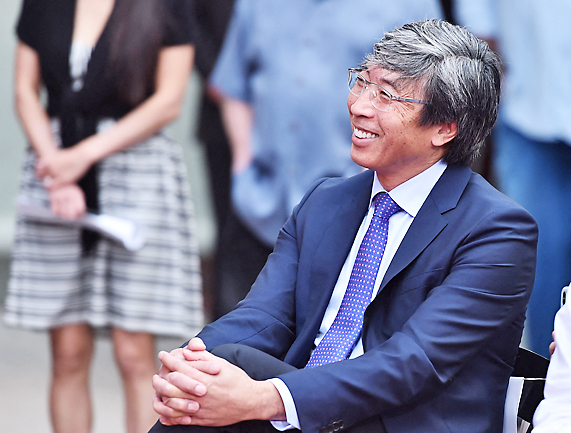 “It becomes complicated to ask shareholders to wait until (Bainum) can get his financing together.”

Slaine told the Wall Street Journal he would commit the same amount to acquire the Orlando Sentinel and Sun-Sentinel in his state of Florida.

Amid efforts to find buyers for other Tribune dailies, a “mystery” investor has emerged for the Morning Call offering USD30 million to USD40 million for the newspaper, according to the Allentown, Pennsylvania daily.

If Bainum succeeds, he would likely sell off some of the newspapers – which include the Hartford Courant and Virginian-Pilot – with some potentially becoming non-profits.

The outcome for the Tribune could be a turning point for the troubled sector, either toward a model with civic support for expanded local news coverage, or a pure economic-driven model that could lead to deeper newsroom cuts.

Newsroom employment at US newspapers fell by half between 2008 and 2019, according to Pew Research Center, with more cuts reported during the pandemic.

“Alden’s strategy has been to cut deep and extract as much value as they can from newspapers,” Kennedy said.

“Those of us who care about the future of regional newspapers hope that the Bainum group can pull it together.”

President Jon Schleuss of the NewsGuild, which represents journalists at several Tribune newspapers, has also been pressing for civic support and local ownership in the hope of averting further job cuts.

“Our hope and work is that Alden doesn’t win,” Schleuss said. “Bainum represent a better alternative.”

Complicating matters is that Alden already owns a 31.6-per-cent stake in Tribune, giving it leverage over any transaction. Another 24 per cent is owned by biotech billionaire Dr Patrick Soon-Shiong, who bought the Los Angeles Times from Tribune Publishing in 2018.

Former newspaper reporter Gabriel Kahn, now on the faculty at the University of Southern California, said the bidding comes at a time when the value of newspapers in the US has plunged.

“When you have only two bidders, it is difficult to gauge what the true value of these papers might be. But these assets have never been cheaper,” Kahn said.

But Kahn said even so-called benevolent owners may be frustrated by a dismal news media landscape where it is difficult to get digital subscriptions or advertising revenues.

Since Soon-Shiong has taken over the Los Angeles Daily, “no clear strategy has emerged, nor any clear leadership. It seems obvious that managing this was much thornier than he had anticipated”, Kahn said.

“That makes me think that he is done playing civic-minded hero and will take the highest bidder for his Tribune stake.”

The non-profit model has been growing in recent years in the US, and now includes some 300 news outlets.

The movement gained momentum in Philadelphia, where the Inquirer newspaper has been under non-profit ownership since 2016.

Bainum’s plan for a non-profit in Baltimore could build on that momentum. But now, Bainum and his allies are likely to either come away with the full Tribune group or nothing.

“These buyers are united by a common interest in the long-term future of local journalism and an antipathy for newspaper investors with a track record of gutting newsrooms for near-term profit,” said Chief Executive of the Philadelphia Institute Jim Friedlich.