TTHE WASHINGTON POST – At least once a week, Tess Felix goes down to a beach near San Francisco to pick up art supplies. The artist fills her shopping bags with Barbie doll shoes, pens, toothpick floss, sand shovels, toy cars and other trash that has washed ashore. Once at home, she sorts the items by colour. Then, she starts assembling portraits out of ocean plastics, using a white fork for an arm, a cream-coloured comb for hair and a beige dinosaur for a shoulder.

“I like to create beauty out of this horrible, wasteful material,” Felix said from her California studio, which she described as a “garbage pit”.

Felix is part of a group of artists, environmentalists and manufacturers finding a second purpose for ocean plastics, which kill over a million seabirds and 100,000 marine mammals every year, according to the United Nations Educational, Scientific and Cultural Organization (UNESCO). The artwork and products, which neither smell fishy nor look like the contents in your recycling bin, are important to the ocean conservation movement: They remove or deter trash from our waterways and raise awareness about the problem.

“We’ve made a mess, and we have to clean it up,” said vice president of product innovation and impact at Patagonia Matt Dwyer, which uses recycled fishing nets in its NetPlus line of clothing. “We’re trying to not let the bad stuff into the oceans.”

Cutting out plastics is the best way to protect our oceans. But kids can also help the cause by playing with or wearing goods made out of ocean plastics, such as Bureo’s Minnow skateboard, 4ocean bracelets, Upcycle Hawaii’s earrings and Patagonia’s trucker hat brims, board shorts and jackets. 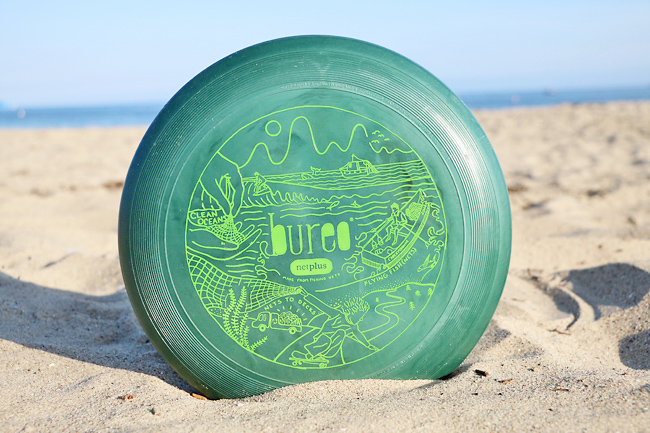 Unfortunately, a lot of ocean plastics can’t be turned into everyday items. The debris is either too tiny or too deteriorated to be transformed into the pellets or fabrics that companies use as raw material. As an alternative, many businesses are grabbing the trash before it hits the water. This category of recyclables is called ocean-bound plastics. By definition, the trash must be within 31 miles of the shoreline and in an area without a good waste management system. The Ocean Recovery Group, for example, is collecting ocean-bound plastics from the Dominican Republic, an island nation in the Caribbean.

A year ago, Mattel released its first line of toys made of ocean-bound plastic from Mexico: the Barbie Loves the Ocean collection, which features three dolls, a Beach Shack playset and accessories. Last month, the toymaker added another recycled plastic figure, the Jane Goodall Inspiring Women Doll, which celebrates the legendary chimpanzee researcher and conservationist.

Since 2013, Bureo has prevented over 7.2 million pounds of discarded fishing nets from entering the marine environment. The company collects the old gear from fishermen in Chile, Argentina, Peru, Ecuador, Mexico and California. “Some of them are the length of a football field,” said the company’s marketing director Greg Swienton.

After the nets are cut, washed, pulped and shaped into pellets, they are ready to begin their new life – as sunglasses frames, Jenga game pieces, surfboard fins and bicycle water-bottle holders. Bureo also uses the repurposed nets in its flying discs. The design on the Fishnet Flyer illustrates the nets’ journey that starts, but does not end, in the ocean.