LONDON (AFP) – Mikel Arteta said he needs “unity and stability” as he seeks to return Arsenal to the top echelon of the Premier League after a disappointing campaign.

The Gunners, languishing in ninth place in the table, look set to miss out on European competition for the first time in 25 years.

Arteta, whose side travel to in-form Chelsea today (3:15am Thursday Brunei Time), was asked at his pre-match press conference whether he was upset by criticism from former players after last week’s Europa League semi-final exit.

“I think everybody is entitled to give their opinions and when they have the chance to do that, they have to say what they feel,” he said.

“It’s nothing for me to say. I cannot control that. If you ask me what I would like to have around the team and around everything that is related to the football club, is that we have the unity and stability to work. But if it’s not the case, it’s nothing that I can do.”

Supporters have mounted protests against owner Stan Kroenke, angry over the club’s involvement in the doomed breakaway European Super League and the team’s poor results. Arteta, who captained Arsenal under long-serving manager Arsene Wenger, said the only way to shift fans’ views was to improve performances on the pitch. 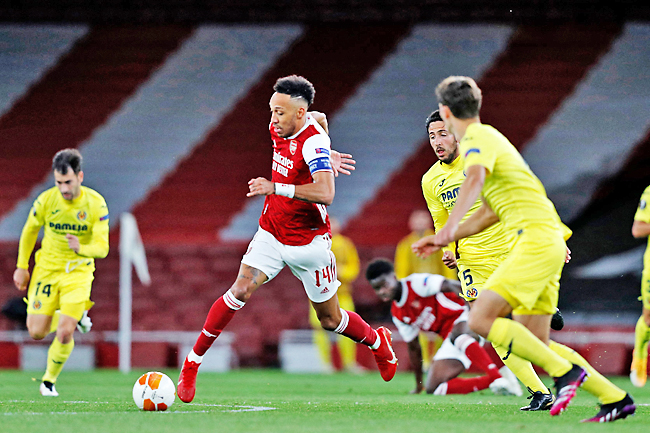 “The only thing I can be judged on is do I create the necessary environment for a top, elite team to compete at the higher level and get everybody in the condition to do their best?” he asked.

The Spaniard said he felt the club had made progress in many areas despite their dismal results, predicting a busy close season.

“It will depend what happens with a lot of those players and what we are able to recruit to improve the team, that is going to determine where we are.”