Thirty-seven paintings from Society for the Management of Autism Related issues in Training, Education and Resources (SMARTER) Brunei students and three paintings from children of the Embassy of the Islamic Republic of Iran in Brunei Darussalam were put up for sale during a Charity Art Exhibition yesterday as part of SMARTER Brunei’s collaboration with the embassy at SMARTER Edge Centre in Kampong Mata-Mata.

The event was held as a second phase in commemoration of the 42nd anniversary of the Victory of Islamic Revolution and National Day of Iran.

“We believe that every child has artistic potentials and that they all deserve equal opportunity to express their talents. By exposing them to art, we hope to help them build their problem solving skills, communication skills, and self-esteem,” said Pengiran Zamri.

“The exhibiton also help provide a healthy creative platform for our special children. Our job is to ensure to assist them in every step of the way, Insya Allah.”

Meanwhile, the Iranian Ambassador lauded SMARTER Brunei efforts in empowering and training autism students. She believed that cooperation and support from non-governmental organisation (NGO) will be effective in the promotion and growth of the human society, as well as help members of autism in having a normal and happier life.

The artworks were being sold in a silent auction, with 50 per cent of the proceeds will be donated to SMARTER Brunei. 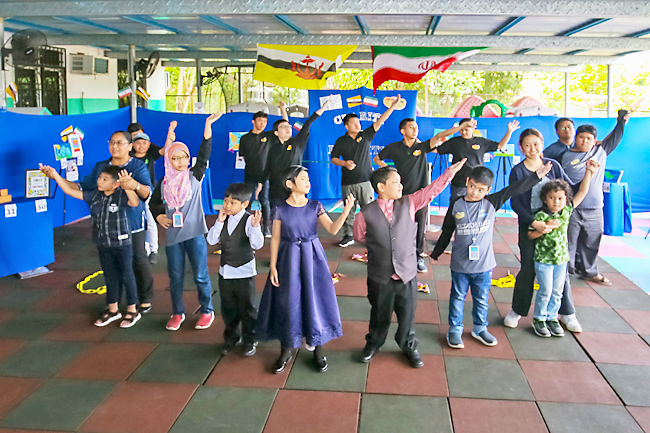