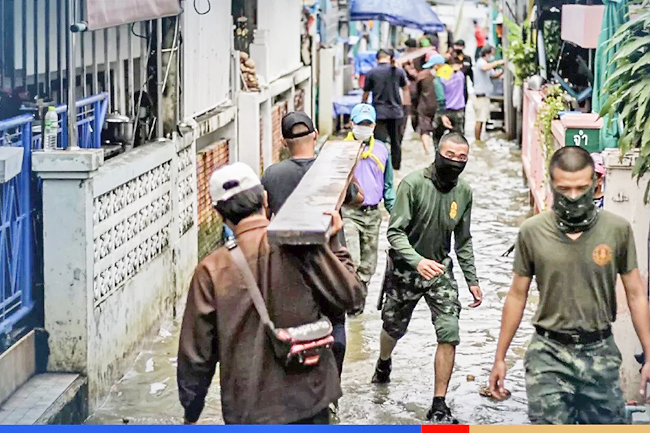 Troops were deployed on Sunday to work with government agencies and volunteers to strengthen flood defences and aid victims in the Chao Phraya basin, said the Army press release.