Are you getting enough whole grains in your diet?

CNA/THE NEW YORK TIMES – If you were asked to explain the difference between terms like whole grain, multigrain and whole wheat, would you be able to? If not, you’re not alone.

A study published recently in The American Journal of Clinical Nutrition found that between 2003 and 2018, adults in the United States (US) consumed more whole grains than ever before. But exactly how much more they consumed was tricky to determine, the researchers reported, because the definition of a whole grain food is murky.

Various institutions like the Food and Drug Administration and American Heart Association, and industry groups like the Whole Grains Council, have different criteria for which food qualify, the researchers reported. And that lack of a standard definition, along with puzzling labelling on food packaging, makes it challenging for people to assess their consumption accurately, said registered dietitian, PhD candidate in Nutrition Epidemiology at Tufts University and lead author of the study Mengxi Du.

One thing the researchers were clear on, though, was that despite the boost in whole grain consumption – which ranged from 40 to 62 per cent, depending on which definition the researchers used – most adults were still not getting enough whole grains in their diets.

WHAT ARE WHOLE GRAINS AND WHY DO WE NEED THEM?

A grain is considered to be “whole” when it contains all three parts of the original kernel: Bran, endosperm and germ. Bran is the fibre-filled outer layer of a grain kernel that is full of B vitamins and minerals. The endosperm is a starchy carbohydrate middle layer with some proteins and vitamins. And the germ is a nutrient-packed core with vitamins, healthy fats and other beneficial compounds. 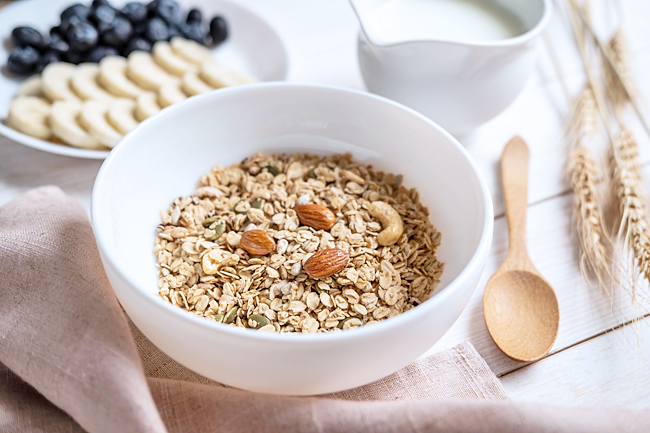 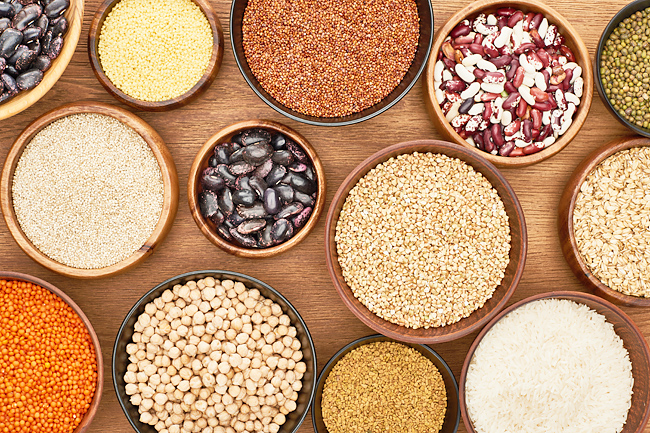 Barley, brown rice, millet, oatmeal, wheat, rye, corn and spelt are all common whole grains. (Quinoa and buckwheat are technically seeds but are often classified as whole grains in diets).

Whole wheat – including whole wheat flour – counts as a whole grain because it contains the three components, said Professor of Food Science and Nutrition at the University of Minnesota Joanne Slavin. White flour doesn’t count, she said, because it is milled in a way that removes the wheat bran and germ.

Whatever the source, whole grains are important to include in your diet because “they tend to be really nutrient- and fibre-rich”, said registered dietitian nutritionist based in Brooklyn Maya Feller. High-fibre diets have been associated with a range of health benefits, including regulated cholesterol and blood sugar levels and improved digestion, she said. “Depending on the type of grain that you’re consuming, they can be a fantastic source of B vitamins,” she added, as well as essential amino acids like methionine and phenylalanine.

HOW MUCH WHOLE GRAIN FOOD DO YOU NEED?

According to the Dietary Guidelines for Americans, at least half of the total grains you consume each day – which comes out to at least three servings, experts said – should be 100 per cent whole grains. A slice of whole wheat bread, a half cup of cooked oatmeal and three cups of popped popcorn, in combination, would satisfy the daily requirement.

The new study, which analysed survey data from nearly 40,000 adults, found that most people consumed 25 to 40 per cent of those daily recommended amounts. Tracking your consumption of whole grains can be confusing, Du said, because food labelled “whole grain” are not required to be 100 per cent whole grain. They also don’t have to disclose how many whole grains they provide per serving.

The same is true for the term “whole wheat”, said Assistant Professor of Public Health Policy and Management at the NYU School of Global Public Health Jennifer Pomeranz who was a co-author of the new paper – you can be sure such a product contains at least some whole wheat, but not how much. And the term “multi-grain” just means a food item was made with two or more kinds of grains, but not necessarily whole grains.

Unfortunately, Pomeranz said, “the front of a food package is basically a marketing tool”. Anyone can include the words “whole grain” on their food packaging without the food having to adhere to any strict standards. Even food with insignificant amounts of whole grains can still bear the label, she said.

One exception is a product with the Whole Grain Stamp issued by the Whole Grains Council. One serving of any food item bearing the stamp will contain at least eight grammes (or half a serving) of whole grains. If the item’s packaging has the “100 per cent” stamp, all of its grain ingredients are guaranteed to be whole grain and it must contain at least 16 grammes (or one serving) of whole grains per serving of the food.

HOW TO GET MORE WHOLE GRAINS INTO YOUR DIET

Even if you’re well-educated on the subject, Pomeranz said, it’s challenging to know if you’re meeting daily requirements because there are no strict regulations for how these food are labelled.

WHEN IN DOUBT, GO FOR THE PURE GRAIN

The easiest way “to be 100 per cent sure that what you’re eating is whole grain”, Pomeranz said, is to purchase something that contains a whole grain as the only ingredient, like a bag of oats or brown rice.

When comparing food with a “whole grain” label, always choose those with the highest amounts of fibre, Slavin said. A high fibre count is a good sign that the food has a fair amount of whole grains, Du added.

For food items with a variety of ingredients, look for whole grains at the top of the ingredients list.

If the food contains mostly refined grains (which don’t count as whole grains) like white flour or cornmeal, Slavin said, it doesn’t mean it’s automatically unhealthy. If the grains are enriched or fortified with certain vitamins and minerals, they can still add to your overall nutrition. But keep in mind that refined grains will lack fibre, she added.

START SLOW AND MIX THINGS UP

To work more whole grains into your diet, you don’t need to fully revamp your eating patterns at once, Feller said. “I like to encourage folks to think about what small things they can add.”

That could mean including a whole-grain based side dish with your dinner, or blending oats into your morning smoothie.

If you’re not used to eating whole grains, start with more approachable ones like oats or corn, Feller said.

If certain grains don’t fit with your food culture, she added, that’s okay. Find what works for you.

If you ever start to get bored with the grains on your plate, mix things up, Feller said. If you’re sick of brown rice, try wild rice – or swap your whole wheat bread for a whole rye loaf.