THE STAR/ DPA – A juice fast, also known as a juice cleanse or juice therapy, is a short-term diet whose proponents said will “detoxify” your body and help you shed excess weight fast.

It has potential drawbacks though.

So how does it work?

Beginning about a week before the actual start of the diet, you should abstain from alcohol, nicotine and coffee, and eat mostly light fare, said nutrition coach and fitness trainer at the German University of Applied Sciences for Prevention and Health Management Niklas Schwarz.

Some people also do a bowel cleanse. 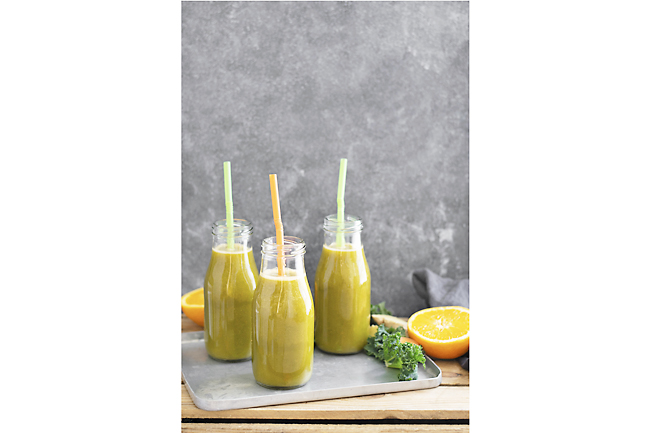 The diet itself lasts from three to seven days, during which every meal consists of 200 to 250 millimetres of fruit and vegetable juices.

Other than that, only water, unsweetened tea and vegetable broth are permitted.

The hoped-for effects are a boost in well-being and rapid weight loss, said Schwarz, but noted that some people have complaints like headaches and lethargy afterwards.

He also noted that while German Nutrition Society (DGE) guidelines call for five portions of fruit and vegetables daily, only one serving of juice per meal is recommended.

Juices contain a lot of fructose (fruit sugar), which can have adverse effects on health when consumed in large amounts, according to the DGE.

A strict juice diet can also cause a surplus of certain vitamins in the body, and a deficiency of proteins and fats.

The efficacy of so-called detoxification diets in general is scientifically unproven, the DGE added, saying it’s questionable whether they stimulate metabolism or not, and that quick weight loss is likely due to the drop in calorie consumption.

When the diet’s over, the lost weight can be quickly regained.

That said, the nutritionists acknowledge that a detox diet such as a juice fast can be the start of more healthful nutrition.

But they also advise that this be undertaken with medical supervision, particularly if you take medications.

Children and adolescents, as well as expectant and nursing mothers, should avoid this kind of diet.