They knew they risked arrest and worse.

But as their numbers swelled in Cairo’s central Tahrir Square, they tasted success.

Police forces backed off, and within days, former President Hosni Mubarak agreed to demands to step down.

But events didn’t turn out the way many of the protesters envisioned.

A decade later, thousands are estimated to have fled abroad to escape President Abdel Fattah el-Sissi’s government that is considered even more oppressive.

The significant loss of academics, artists, journalists and other intellectuals has, along with a climate of fear, hobbled any political opposition. 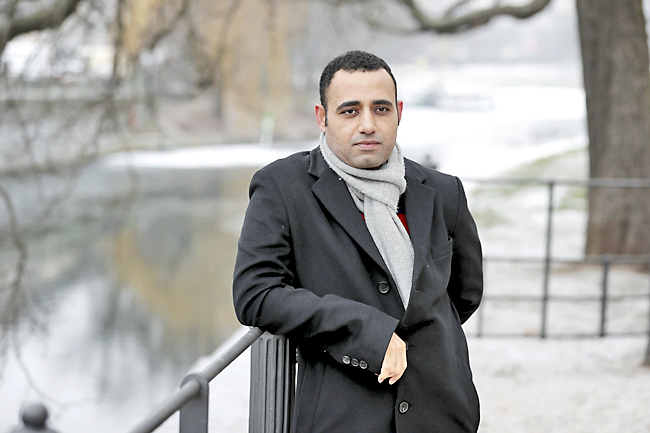 Dr Mohamed Aboelgheit was among those jailed in the southern city of Assiut in 2011 after joining calls for revolt against police brutality and Mubarak. He spent part of the uprising in a cramped cell.

Released amid the chaos, he revelled in the atmosphere of political freedom in the Arab world’s most populous country — protesting, working as a journalist and joining a campaign for a moderate presidential candidate. But it did not last.

Interim military rulers followed Mubarak. In 2012, Mohamed Morsi, a member of Egypt’s most powerful religious group, the Muslim Brotherhood, was elected as the first civilian president in the country’s history.

But his tenure proved divisive.

Amid massive protests, the military — led by then-Defence Minister el-Sissi — removed Morsi in 2013, dissolved parliament and eventually banned the Brotherhood as a “terrorist group”.

A crackdown on dissent ensued, and el-Sissi won two terms in elections that human rights groups criticised as undemocratic.

“I began to feel, by degree, more fear and threats,” Aboelgheit said.

Friends were jailed, his writings critical of the government drew attention, and “I wasn’t going to wait until it happened to me,” he added.

After el-Sissi came to power, Aboelgheit left for London, where he’s published investigative reports on other parts of the Arab world.

At his former home in Egypt, national security agents asked about him.

When Aboelgheit’s wife last returned to visit relatives, she was summoned for questioning about his activities.

The message was clear.

No one knows exactly how many Egyptians like Aboelgheit have fled political persecution.

But it’s impossible to tell economic migrants from political exiles.

They relocated to Berlin, Paris and London.

Egyptians also have settled in Turkey, Qatar, Sudan and even Asian countries like Malaysia and South Korea.

Human Rights Watch (HRW) estimated in 2019 that there were 60,000 political prisoners in Egypt.

The Committee to Protect Journalists (CPJ) ranks Egypt third, behind China and Turkey, in detaining journalists.

El-Sissi maintains Egypt has no political prisoners. The arrest of a journalist or a rights worker makes news roughly every month.

Many people have been imprisoned on terrorism charges, for breaking a ban on protests or for disseminating false news. Others remain in indefinite pre-trial detentions.

El-Sissi maintains Egypt is holding back extremism so it doesn’t descend into chaos like its neighbours.

“Sissi wants to abrogate the rights of the opposition and prevent any critical voice from being uttered,” said Egyptian professor of modern Middle Eastern History at Cambridge University Khaled Fahmy.

Fahmy believes this is the worst period in Egypt’s modern history for personal rights.

“It’s much more serious, it’s much deeper and much darker, what Sissi has in mind,” he said.

Those abroad who could challenge el-Sissi have chosen to not return.

Academic Taqadum al-Khatib who also worked in the nascent political scene after 2011, was researching Egypt’s former Jewish community in Germany when he learn that returning to his homeland was no longer an option.

The Egyptian cultural attaché in Berlin summoned Al-Khatib for a meeting, and an official questioned him about his articles, social media posts and research.

He was asked to hand over his passport but refused.

Shortly thereafter, he was fired from his job at an Egyptian university.

He feels lucky to be able to work toward his doctorate in Germany but misses Cairo’s bustle.

“It’s a very difficult situation. I couldn’t go back to my home,” al-Khatib said.

A government press officer did not respond to a request for comment on targetting and intimidating Egyptians — either abroad or at home — based on their work as journalists, activists or academics, or for expressing political opinions.

Journalist Asma Khatib, 29, remembers the heady days of 2011, when young people thought they could bring change.

A reporter for a pro-Muslim Brotherhood news agency, Khatib covered Morsi’s short presidency amid criticism the group was using violence against opponents and seeking to monopolise power to make Egypt an Islamic state.

After Morsi’s ouster, his supporters held sit-ins for his re-instatement at a square in Cairo.

A month later, the new military leaders forcibly cleared them out, and more than 600 people were killed.

Khatib documented the violence. Soon, colleagues started being arrested, and she fled Egypt — first to Malaysia, then to Indonesia and Turkey.

She was tried in absentia on espionage charges in 2015, convicted and sentenced to death.

Now, she and her husband Ahmed Saad, also a journalist, and their two children are seeking asylum in South Korea.

They expect they’ll never return, but also realise they’re lucky to be free.

On the day the ruling was announced, the journalist remembers telling herself: “You don’t have a country anymore.”

“I know that there are lots of others like me. I’m not any different from those who are in prison,” she said.

The exiles have had ample time to think about where Egypt’s uprising failed. The broad alliance of protesters — from extremists to secular activists — fractured without a common enemy like Mubarak, and the most extreme voices became the loudest.

No one accounted for how many people would embrace former regime figures, especially in a crisis.

Most Egyptians abroad have not been politically active, fearing for family and friends back home. But some have continued on the path begun on January 25, 2011.

Tamim Heikal, working in the corporate world when the protests erupted, had doubted the government could ever reform. But he soon became a communications manager for an emerging political party.

Later, he watched others being locked up, and knew his turn had come when he got an invitation from intelligence officers in 2017 to “come have coffee”. He booked a ticket to Paris and hasn’t gone back.

Now, at age 42, he wants to educate himself and others for when a popular movement re-emerges in Egypt. He makes ends meet by editing, translating and doing consulting work for rights groups, and tries to network among the diaspora.

“It’s as if I was infected with a virus, after the revolution,” he said. “I don’t know how to go back. I won’t be able to relax until change happens.”

Others try to cope in strange lands. Asma Khatib and her husband aren’t sure what to say to their young children when they ask where they’re from.

The doctor-turned-journalist Abouelgheit worries his son won’t speak Arabic after so much time in the United Kingdom (UK).

He hopes to go home one day, but in the meantime, he’s considering returning to the medical profession.