It was a day to remember for 266 individuals as they received citizenship certificates during a presentation ceremony on April 10.

The certificates were presented during a ceremony at the Banquet Hall of Legislative Council Building.

She hoped that her three other children will be granted the citizenship soon, as she has applied for all four in 2016 with only one been awarded.

“I am indeed very happy with the awarding as it will lessen our financial burden in giving them education,” she said. 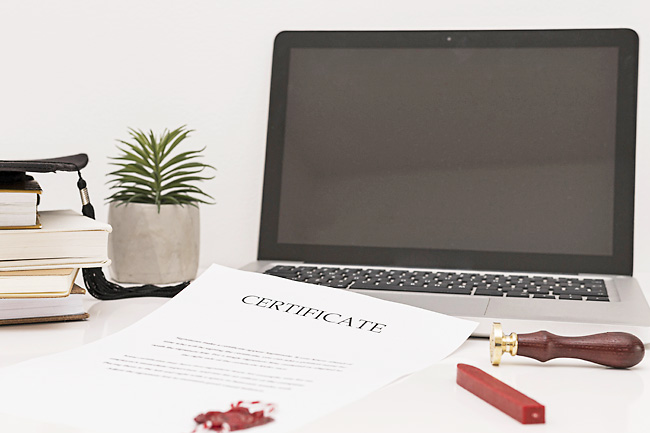 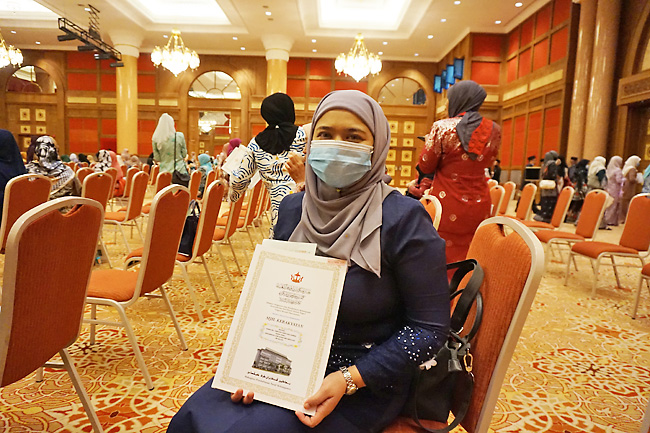 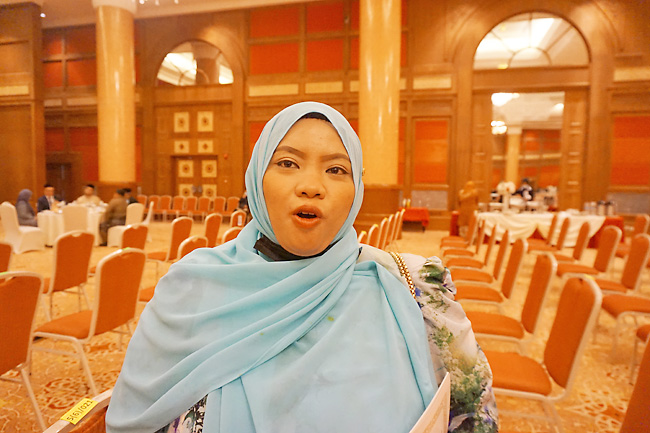 She added that her daughter, whose application is still under review, had to quit school and was unable to continue studies due to her citizenship status and financial reason, despite outstanding results in her ‘O’ Levels.

Mawar, who works as a gardener at Pengiran Jaya Negara Secondary School, said that being granted a permit has already helped them secure education and health benefits as citizens of the country.

Mawar and her son Abdul Haniff, who is working in the private sector are the only provider for the family, as her husband is unemployed.

She hoped to get her youngest son to be awarded citizenship before he completes his Year 11 studies next year.

Meanwhile, Viviyanti binti Haji Ahmad, a single mother from Meragang expressed her Junjung Kasih to His Majesty for awarding citizenship to her three-year-old son. She said her application was speedy and smooth sailing. “I am grateful that my son has been granted citizenship before he starts his early education as it will greatly help in his education. I hope to provide my son proper education and to always instil his love for the country and loyalty to the Government of His Majesty,” she added.

Nurulazimah binti Haji Ahmad, the mother of recipient Muhammad Nur Ar-Rayyan Azizan bin Mohd Farizan said she applied for her son’s citizenship status soon after giving birth to him in 2016, as her husband holds a permanent resident status.

“Junjung Kasih to His Majesty for consenting the citizenship to my young boy. Alhamdulillah it will help secure my son’s future and I hope all three of my children will grow to be good and proud citizens of Brunei Darussalam and will be able to give back to the country in the future.”

Acting Director of Immigration and National Registration Pengiran Mohammadin bin Pengiran Haji Aliakbar said that 49 of the total number of recipients were awarded under Section 5(6) while the remaining 217 were under Section 6(1).

A briefing session was also held prior to the ceremony to help recipients strengthen their knowledge, responsibility and identity, he added.