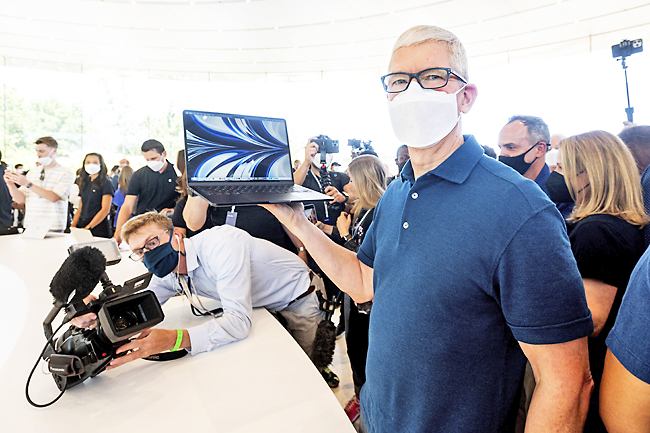 AP – Apple on Monday provided a peek at upcoming tweaks to the software that powers more than one billion iPhones and rolled out two laptops that will be the first available with the next generation of a company-designed microprocessor.

As usual, Apple spent most of the opening day of its annual developers conference touting the next versions of software for the iPhone, iPad, Apple Watch and Mac computers instead of the sleek devices that established it as a technology trendsetter and the world’s most valuable company.

The iPhone’s next operating system, called iOS 16, will revamp the look of the device’s lock screen and make mostly minor improvements to the current software.