The High Court recently rejected the appeal of a man, who sought reduction on his sentence, saying that his “outrageous course of conducts was legally and morally reprehensible”, in a case of threatening an official as well as assaulting and committing negligent acts towards health workers during the pandemic.

Chief Justice Dato Seri Paduka Steven Chong, in his judgement dated June 21, was of the view that Azlan bin Damit could have been charged with a more serious offence of “committing a negligent act likely to spread an infectious disease dangerous to life,” which carries more severe penalties.

The Chief Justice upheld the Magistrate’s Court decision in handing down a three-year-nine-month jail sentence to Azlan, a decision arrived from concurrent sentences on the multiple charges, saying that “if the Magistrate imposed consecutive sentences on the three charges resulting in a sentence of four years and three months’ imprisonment, I would have no hesitation in upholding it”.

The Chief Justice highlighted that “any act of criminal intimidation or assault against a public officer performing his or her duty must be met by deterrent sentences in the public interest” and “frontliners in the fight against COVID-19 deserve the full protection of the law. Those convicted of deliberate defiance of health protocols threatening the safety of frontliners can expect heavy sentences”.

Also appearing as respondent in the appeal, Deputy Public Prosecutor Raihan Nabilah binti Haji Ahmad Ghazali’s facts of the case stated that Azlan threatened to hurt a care worker at a welfare home complex on February 10, 2020.

He also coughed without wearing a mask, knowing that he had been tested positive for COVID-19, negligently committing an act knowing that he could have spread the infection of a dangerous disease to others around him on April 4, 2020.

The appellant also assaulted a Ministry of Health personnel by verbally threatening him while armed with a pocket knife on May 3, 2020. 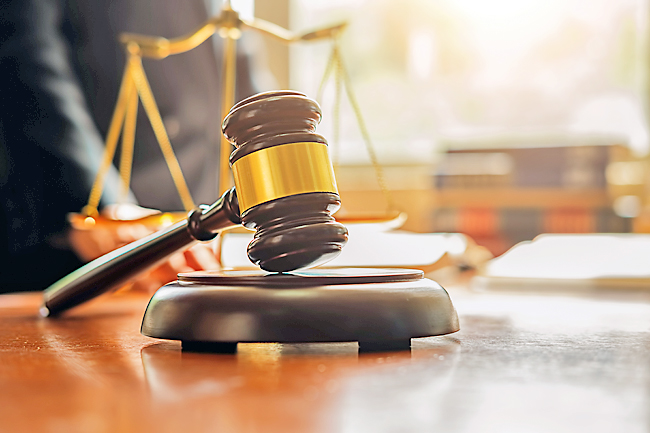