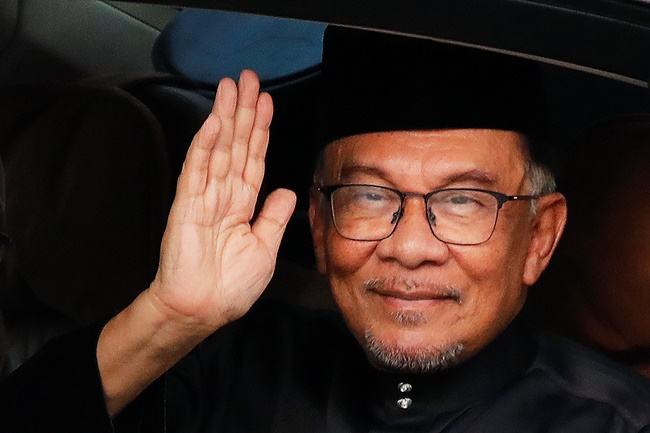 KUALA LUMPUR, MALAYSIA (AP) – Long-time reformist leader Anwar Ibrahim was sworn in as Malaysia’s prime minister on Thursday and vowed to heal a racially divided nation, fight corruption and revive an economy struggling with the rising cost of living.

His rise to the top was a victory for political reformers who were locked in a battle with Malay nationalists for days after a divisive general election last Saturday produced a hung Parliament.